Nano spheres and diamond slivers made of silicon and germanium 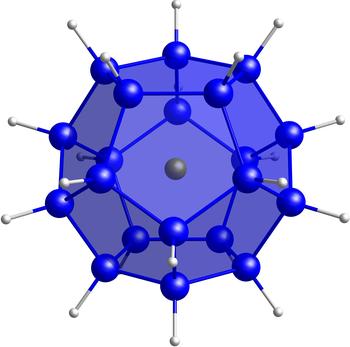 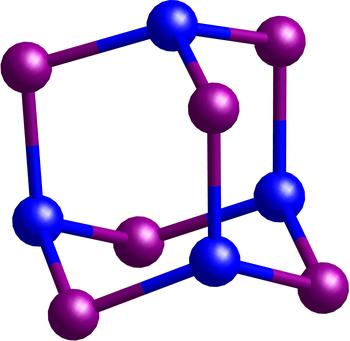 Chemists at Goethe University Frankfurt have developed two new classes of materials in the field of nanomaterials and investigated them together with their cooperation partners at the University of Bonn: for the first time, they have succeeded in producing a nano sphere of silicon atoms and a building block for a diamond-like crystal of the semiconductor elements silicon and germanium. The two new classes of materials have potential applications in the miniaturisation of computer chips, in high-resolution screens for smartphones, and in solar cells and light-emitting diodes with the highest levels of efficiency.

The latest generations of computer chips are only a few nanometres in size and are becoming ever more energy-saving and powerful as a result of progressive miniaturisation. Since the etching processes traditionally used in chip production are increasingly reaching their limits, the development of new, nanostructured semiconductor materials is essential. Such nano semiconductors also play a central role in converting electricity into light and vice versa.

A team at Goethe University Frankfurt led by Matthias Wagner has now succeeded in synthesising molecular nano "spheres" made of 20 silicon atoms, so-called silafulleranes. The second new class of materials are crystal building blocks made of 10 silicon and germanium atoms that have a diamond-like structure. Decisive insights into the electronic structures of the new compounds were provided by computer-based theoretical analyses from Stefan Grimme's research group in Bonn.

The 20 silicon atoms of silafullerane form a dodecahedron, a body composed of regular pentagons. It encapsulates a chloride ion. A hydrogen atom protrudes outward at each silicon corner of the body. Doctoral student Marcel Bamberg, who synthesised the molecule, explains: "Our silafullerane is the long-sought progenitor of this new class of substances. The hydrogen atoms can easily be replaced with functional groups, thus giving the silafullerane different properties." Bonn quantum chemist Markus Bursch adds: "We support the targeted generation of potentially useful properties with theoretical predictions of their resulting effects."

Carbon, which is chemically very similar to the elements silicon and germanium, occurs in comparable forms to the two new classes of substances: Hollow spheres of carbon atoms ("fullerenes") correspond to silafulleranes, and diamonds consisting of carbon are composed of adamantane subunits. Among other things, fullerenes increase the efficiency of organic solar cells, could make the batteries of electric cars safer, and promise progress in high-temperature superconductivity. Nanodiamonds also have a wide range of applications, from pharmaceuticals to catalysis research.

Against this background, the researchers in Frankfurt and Bonn are excited to see in which fields their silafulleranes and silicon-germanium adamantanes will become established. Matthias Wagner says: "It is already possible to generate light in all colours of the visible spectrum with nanostructured silicon and germanium in the form of quantum dots, and this is being tested for computer and mobile phone displays, as well as in telecommunications. Apart from the chemical-technical potential, I am personally fascinated by the high symmetry of our compounds: For example, our silafullerane is one of the five Platonic solids and possesses a timeless beauty."