Production of fine chemicals in remote locations on Earth, and possibly even on Mars - also facade could make chemicals 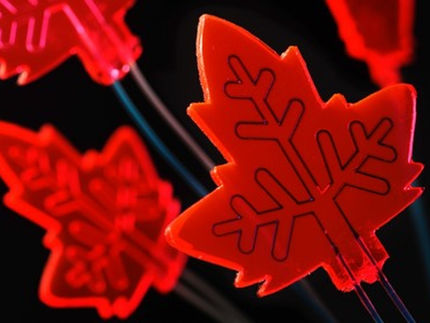 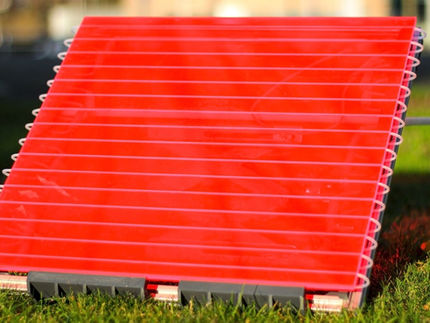 Professor Timothy Noël and co-workers in the Flow Chemistry group of the University of Amsterdam's Van 't Hoff Institute for Molecular Sciences have developed a fully operational standalone solar-powered mini-reactor which offers the potential for the production of fine chemicals in remote locations on Earth, and possibly even on Mars. In a paper published by ChemSusChem, the team present their unique, fully off-grid photochemistry system.

The new system, which is capable of synthesising drugs and other chemicals in economically relevant volumes, ‘shines in isolated environments and allows for the decentralisation of the production of fine chemicals,’ according to Professor Noël. ‘The mini-plant is based on the concept of photochemistry, using sunlight to directly ‘power' the chemical synthesis. We employ a photocatalyst, a chemical species that drives the synthesis when illuminated,’ Noël continues. ‘Normally powerful LEDs or other lighting equipment are used for the illumination, but we choose to use sunlight. For starters, this renders the synthesis fully sustainable. But it also enables stand-alone operation in remote locations. Our dream is to see our system used at a base on the Moon or on Mars, where self-sustaining systems are needed to provide energy, food and medicine. Our mini-plant could contribute to this in a fully autonomous, independent way.’

Development of the mini-plant started around five years ago when the Noël research group - at the time based at Eindhoven University of Technology - developed a 'solar concentrator'. This is essentially a sheet of transparent plastic with micrometre-sized channels in which the chemical synthesis takes place. By adding dedicated dyes, the researchers developed the plastic into a solar guide and luminescent convertor. It captures sunlight and directs it towards the channels, while converting a substantial part of the light into red photons that drive the chemical conversion.

The next step was to turn the concentrator into a fully operational flow reactor. ‘This means we pump a reaction mixture of starting materials and photocatalyst through the sunlit channels,’ says Noël. ‘The desired chemical conversion takes places in these channels so that they are, in fact, our alternative to the traditional chemical synthesis flasks or vessels.’ Noël goes on to explain that even though the channels are quite tiny, such a 'flow reactor' can produce quite relevant outputs since it operates from sunrise to sunset in a continuous manner. ‘What's more,’ he adds, ‘the use of channels allows for a far more effective coupling between light and chemistry than is possible when using traditional flask reactors.’

The Noël research group had already demonstrated the solar flow reactor concept by synthesising a range of medicinally relevant molecules, albeit on a laboratory scale in a controlled environment. Now, in their recent paper in ChemSusChem, they describe how they developed a viable, optimally effective autonomous photosynthesis system and employed it in field tests. They also provide an outlook on aspects such as application potential and economic performance.

The prototype solar flow reactor now covers an area of about 0.25 square metres. To make it fully autonomous, the researchers equipped it with a solar cell that provides the power for auxiliaries such as pumps and the control system. This solar cell is placed behind the flow reactor in a stacked configuration that ensures maximum efficiency per square centimetre, according to Noël. ‘The more energetic wavelengths are used in the reactor to drive the photocatalyst. The remaining photons with wavelengths of 600-1100 nm are converted to electricity to drive the auxiliaries.’

The fully autonomous prototype also employs a responsive control system that can optimise the chemical conversion at various light intensities. ‘When a cloud covers the sun the chemical conversion would normally decrease very rapidly,’ Noël says. ‘Our system is able to make the necessary adjustments in real time. Field tests confirmed that it is able to churn out chemicals at a constant rate even on days that are a mixture of sunny and cloudy.’ The tests were carried out in the Netherlands. To get an impression of the global deployment possibilities, comparisons were made using solar data at locations in Norway (North Cape), Spain (Almeria) and Australia (Townsville). Noël: ‘Even at the North Cape, with relatively little sun power, we estimate satisfactory production figures.’

The researchers also compared the performance of the prototype system with production figures for the well-known photochemical synthesis of rose oxide. This product for the perfume industry is industrially produced by photochemical means because it is cleaner and more efficient than traditional chemical synthesis. The researchers calculated that a surprisingly small surface area would be required for their system to meet current annual demand - just 150 m2 would suffice. Noël: ‘That's just one factory roof full of our mini-plants! The system cost would be similar to current commercial photosynthesis systems. But we only need solar energy so there are no energy expenditures. So this really could be a sustainable strategy for future production of chemicals such as rose oxide or pharmaceuticals.’

Have the walls make chemicals

Noël believes that his group’s research refutes any scepticism about the potential of solar-powered chemical technology: ‘We demonstrate that there are opportunities for solar-driven chemical production even here in the Netherlands. You don't have to go to Qatar!’ What's more, the system lends itself to application in unexpected locations. ‘You could even cover the facade of a building. Of course the output would then be smaller than when the system is placed at an optimal angle to the sun. But it certainly is possible - and how cool would it be to have the walls make chemicals!’