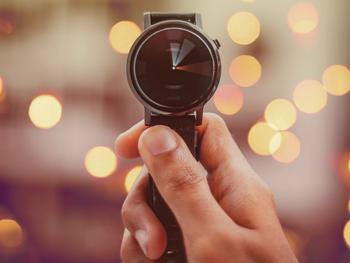 A new algorithm has been designed to help discover previously unknown material compounds. It was developed by a team from Martin Luther University Halle-Wittenberg (MLU), Friedrich Schiller University Jena and Lund University in Sweden. The researchers designed a form of artificial intelligence (AI) based on machine learning that can perform complex calculations within a very short space of time. This has enabled the team to identify several thousand potential new compounds using a computer. The study was published in the journal Science Advances.

Inorganic materials are essential for humans. For example, they form the basis for solar cells and for new advancements in semiconductor electronics that are used in technical devices. Around 50,000 stable inorganic compounds have already been identified. "However, considerably more may theoretically exist - if they can be produced artificially," says Dr Miguel Marques, professor of physics at MLU. There are two basic ways to detect these undiscovered materials: in the laboratory via countless experiments on different substances, or through computer simulation. The latter has increasingly become standard in recent years, says Marques: "The problem is that many earlier approaches require a lot of computing power and are slow to produce results."

The researchers therefore developed a new method based on machine learning. Instead of performing whole calculations, the computer predicts their final results. "In other words, we want to obtain the results of the calculations without having to do the actual calculations," says Jonathan Schmidt from MLU, first author of the new study. "This requires two things: an algorithm that carries out the desired task, and a dataset which can be used to train the algorithm," adds the physicist. The team used several databases containing over 2.4 million compounds. "The calculations on which these databases are based have a combined calculation time of 100 to 200 million hours," says Schmidt.

The new AI searches for new materials much faster than previous methods and is expected to soon also predict their electrical and optical properties. The researchers have already been able to identify several thousand possible candidates. "Of course, promising material candidates and their properties have to be confirmed by experiments and investigated further. However, we are very confident that most of our predictions will be confirmed," says Marques.