From the oilfield to the lab

A special microbe turns oil into gases all by itself 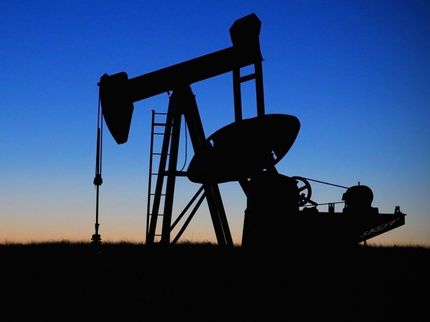 In an oil field like this, Gunter Wegener and his colleagues found the microorganisms that now also live in their laboratory. Genetic information shows that they are widespread and even live in the deep sea (symbolic image).

Microorganisms can convert oil into natural gas, i.e. methane. Until recently, it was thought that this conversion was only possible through the cooperation of different organisms. In 2019, Rafael Laso-Pérez and Gunter Wegener from the Max Planck Institute for Marine Microbiology suggested that a special archaeon can do this all by itself, as indicated by their genome analyses. Now, in collaboration with a team from China, the researchers have succeeded in cultivating this “miracle microbe” in the laboratory. This enabled them to describe exactly how the microbe achieves the transformation. They also discovered that it prefers to eat rather bulky chunks of food.

Underground oil deposits on land and in the sea are home to microorganisms that use the oil as a source of energy and food, converting it into methane. Until recently, it was thought that this conversion was only possible in a complicated teamwork between different organisms: certain bacteria and usually two archaeal partners. Now the researchers have managed to cultivate an archaeon called Methanoliparia from a settling tank of an oil production facility that handles this complex reaction all by itself.

This “miracle microbe” breaks down oil into methane and carbon dioxide. “Methanoliparia is a kind of hybrid creature that combines the properties of an oil degrader with those of a methanogen, i.e. a methane producer,” explains study author Gunter Wegener from the Max Planck Institute for Marine Microbiology and the Marum – Center for Marine Environmental Sciences at the University of Bremen.

Now that the researchers have succeeded in cultivating these microorganisms in the laboratory, they were able to investigate the underlying processes in detail. They discovered that its genetic make-up gives Methanoliparia unique capabilities. “In its genes it carries the blueprints for enzymes that can activate and decompose various hydrocarbons. In addition, it also has the complete gear kit of a methane producer,” says Wegener.

In their laboratory cultures, the researchers offered the microbes various kinds of food and used a variety of different methods to keep a close eye on how Methanoliparia deal with it. What was particularly surprising to see was that this archaeon activated all the different hydrocarbons with one and the same enzyme. “So far, we have only cultivated archaea that live on short-chain hydrocarbons such as ethane or butane. Methanoliparia, on the other hand, prefers heavy oil with its long-chain compounds,” says co-author Rafael Laso-Pérez, who now works at Spain's National Center for Biotechnology (CNB).  “Methanogenic microbes that use long-chain hydrocarbons directly – we didn't know these existed until now. Even complicated hydrocarbons with ring-like or aromatic structures are not too bulky for Methanoliparia, at least if they are bound to at least one longer carbon chain. This means that besides our other exciting results we have also found a previously completely unknown pathway of methanogenesis. “

The Methanoliparia cells cultured for the present study originate from one of China's largest oil fields, the Shengli oil field. However, genetic analyses show that these microbes are distributed all over the world, even down to the deep sea. “Our results hold an entirely new understanding of oil exploitation in subsurface oil reservoirs. Both the wide distribution of these organisms and the potential industrial applications make this an exciting field of research in the coming years,” Wegener concludes.