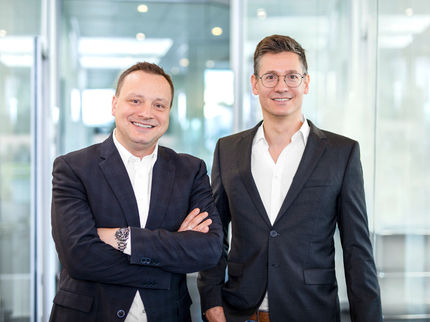 At the beginning of this year, Gordon Peters took over the finance & commercial division at KRÜSS as an additional managing director. Florian Weser, who is the eighth generation of his family to head the Hamburg-based manufacturer of scientific measuring instruments, has gained an experienced partner in Peters. With his takeover of the division, KRÜSS is continuing to pursue the company-wide growth and insourcing strategy that Weser has been driving since joining as managing shareholder in 2012.

Peters moved from Olympus to KRÜSS in 2018 and initially headed international sales. From 2019, as director global sales & marketing, he ensured the networking and increasingly consistent customer orientation of the sales, marketing, technical support, and applications & science departments. Peters brought the threads together with the establishment of a customer support center, whose team acts as a point of contact and competently handles customer requests in cooperation with the departments. To intensify customer contact internationally as well, Peters established direct agencies in several sales regions that had previously been served by trading partners.

With Weser as managing director for R&D and production and Peters for finance & commercial, the signs point to further growth. Thanks to the intensive and already proven cooperation between the two partners, the divisions remain as closely interlinked as is necessary for the success of a medium-sized hi-tech company.