Chemicals in plastic may contribute to weight gain 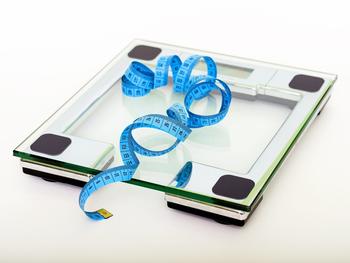 It may sound strange, but chemicals in plastic may make the bathroom scale a less pleasant place to visit.

Every day, we come into contact with plastic products. A lot of plastic is found in food packaging. Plastic packaging is common for practical reasons, because it is cheap and because it can increase a food’s shelf life.

But plastic contains thousands of different chemicals. Some of these can affect your metabolism, and thus perhaps also your weight.

“Our experiments show that ordinary plastic products contain a mix of substances that can be a relevant and underestimated factor behind overweight and obesity,” says Martin Wagner, an associate professor at NTNU’s Department of Biology.

A research group looked at 34 different plastic products in the laboratory to see which chemicals they contained. These were everyday products that many people use, like yoghurt containers, drink bottles and kitchen sponges.

The researchers found over 55000 different chemical components in these products and identified 629 of the substances. Eleven of them are known to interfere with our metabolism, called metabolism-disrupting chemicals.

For a long time, experts believed that most plastic chemicals would stay in the material. However, Wagner’s team has recently shown that plastic products leach a large number of chemicals under real world conditions, thus enabling them to enter the body. Previous research also suggests that some plastics contain endocrine-disrupting chemicals that may affect our development and fertility. Now it appears that they may contribute to weight gain as well.

Chemicals from one third of the plastic products investigated in the new study were found to contribute to fat cell development in laboratory experiments. The substances in these products reprogramed precursor cells to become fat cells that proliferated more and accumulated more fat.

While some plastic products contained known metabolism-disrupting substances, others did not but nevertheless induced the development of fat cells. This means that plastics contain currently unidentified chemicals that interfere with how our body stores fat.

“It’s very likely that it is not the usual suspects, such as Bisphenol A, causing these metabolic disturbances. This means that other plastic chemicals than the ones we already know could be contributing to overweight and obesity,” says Johannes Völker, the first author of the study who is affiliated with NTNU’s Department of Biology.

Overweight and obesity contribute to some of the most common causes of death in the world, such as cardiovascular disease and cancer. They can also increase our susceptibility to various infections, such as the effects of COVID-19.

Around two billion people in the world are overweight, and the problem is growing. Approximately 650 million of these fall into the obese category.

The reasons for this are of course complex, but plastic chemicals may well be a factor that we have not previously considered. These chemicals include phthalates and bisphenols, but the new study shows that there are many more substances that trigger these problematic effects.

The results of the latest study have been published in Environmental Science & Technology. The researchers came mainly from NTNU, with contributing partners from Goethe University in Frankfurt am Main, Germany.