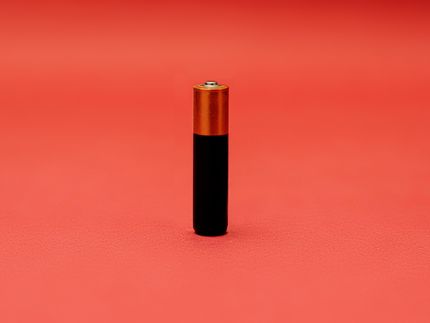 In the quest for the perfect battery, scientists have two primary goals: create a device that can store a great deal of energy and do it safely. Many batteries contain liquid electrolytes, which are potentially flammable.

As a result, solid-state lithium-ion batteries, which consist of entirely solid components, have become increasingly attractive to scientists because they offer an enticing combination of higher safety and increased energy density — which is how much energy the battery can store for a given volume.

Researchers from the University of Waterloo, Canada, who are members of the Joint Center for Energy Storage Research (JCESR), headquartered at the U.S. Department of Energy’s (DOE) Argonne National Laboratory, have discovered a new solid electrolyte that offers several important advantages.

This electrolyte, composed of lithium, scandium, indium and chlorine, conducts lithium ions well but electrons poorly. This combination is essential to creating an all-solid-state battery that functions without significantly losing capacity for over a hundred cycles at high voltage (above 4 volts) and thousands of cycles at intermediate voltage. The chloride nature of the electrolyte is key to its stability at operating conditions above 4 volts — meaning it is suitable for typical cathode materials that form the mainstay of today’s lithium-ion cells.

“The main attraction of a solid-state electrolyte is that it can’t catch fire, and it allows for efficient placement in the battery cell; we were pleased to demonstrate stable high-voltage operation,” said Linda Nazar, a Distinguished Research Professor of Chemistry at UWaterloo and a long-time member of JCESR.

Current iterations of solid-state electrolytes focus heavily on sulfides, which oxidize and degrade above 2.5 volts. Therefore, they require the incorporation of an insulating coating around the cathode material that operates above 4 volts, which impairs the ability of electrons and lithium ions to move from the electrolyte and into the cathode.

“With sulfide electrolytes, you have a kind of conundrum — you want to electronically isolate the electrolyte from the cathode so it doesn’t oxidize, but you still require electronic conductivity in the cathode material,” Nazar said.

While Nazar’s group wasn’t the first to devise a chloride electrolyte, the decision to swap out half of the indium for scandium based on their previous work proved to be a winner in terms of lower electronic and higher ionic conductivity. ​“Chloride electrolytes have become increasingly attractive because they oxidize only at high voltages, and some are chemically compatible with the best cathodes we have,” Nazar said. ​“There’s been a few of them reported recently, but we designed one with distinct advantages.”

One chemical key to the ionic conductivity lay in the material’s crisscrossing 3D structure called a spinel. The researchers had to balance two competing desires — to load the spinel with as many charge carrying ions as possible, but also to leave sites open for the ions to move through. ​“You might think of it like trying to a host a dance — you want people to come, but you don’t want it to be too crowded,” Nazar said.

According to Nazar, an ideal situation would be to have half the sites in the spinel structure be lithium occupied while the other half remained open, but she explained that creating that situation is hard to design.

In addition to the good ionic conductivity of the lithium, Nazar and her colleagues needed to make sure that the electrons could not move easily through the electrolyte to trigger its decomposition at high voltage. ​“Imagine a game of hopscotch,” she said. ​“Even if you’re only trying to hop from the first square to the second square, if you can create a wall that makes it difficult for the electrons, in our case, to jump over, that is another advantage of this solid electrolyte.”

Nazar said that it is not yet clear why the electronic conductivity is lower than many previously reported chloride electrolytes, but it helps establish a clean interface between the cathode material and solid electrolyte, a fact that is largely responsible for the stable performance even with high amounts of active material in the cathode.