Deeper insight thanks to neutrons from a laser source 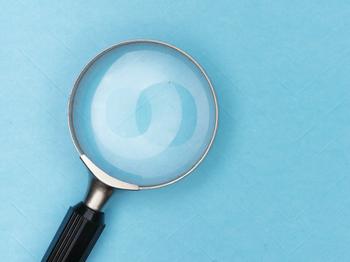 A team led by the Technical University of Darmstadt has for the first time made laser-generated neutrons usable for an industrial application. The researchers showed that neutrons generated compactly with lasers can be used in non-destructive material testing. As electrically neutral particles, neutrons penetrate matter relatively easily. This opens up a wide range of potential applications, such as the testing of radioactive waste containers. The results have been published in the journal "Nature Communications".

The desire to make the hidden visible has always been a driving force of research. Users in science and industry can access a wide range of options here. For example, X-rays can be used to see inside objects. However, light elements such as hydrogen or organic substances are difficult to detect and distinguish in this way, especially if they are located behind heavier, shielding elements. This can be remedied by using neutrons, which are particularly sensitive to these materials and can easily penetrate shielding such as lead.

In addition, there is the unique capability that different isotopes can be distinguished with the help of neutrons, which makes it possible to clearly determine the spatial distribution of isotopes within an object. This means that if you "bombard" a specimen with neutrons, you can deduce its content from the isotope distribution.

This is particularly relevant in the context of dismantling nuclear facilities, where large quantities of containers with radioactive waste have been produced and stored in interim storage facilities over the last century. However, before these can be further transported to their final storage place, their contents must be clearly identified. This has proven difficult with classic X-ray technology, as these containers are often designed to be as impenetrable as possible for this type of radiation.

So how can objects be examined using neutrons? The neutron beams required for this are usually generated at large particle accelerator facilities, which are extremely cost-intensive to build and operate. The issue is further complicated by the fact that the objects to be examined cannot be transported to the few existing large facilities. This technology is thus not accessible to a large part of the industry.

Researchers at the Institute of Nuclear Physics at the Technical University of Darmstadt, led by Dr Marc Zimmer and Professor Markus Roth, have recently succeeded in replacing conventional accelerators with a high-intensity laser to produce neutrons. This reduced the distance required to accelerate and measure the specimens from typically hundreds of metres to less than two metres. This was made possible firstly by the use of ultra-short pulse lasers based on the "chirped pulse amplification" method, for which the Nobel Prize was awarded in 2018. Secondly, the conditions for the investigations at the GSI Helmholtz Centre for Heavy Ion Research in Darmstadt were optimised to such an extent that several industrially relevant applications could be demonstrated at the same time.

The experiment showed that such a compact laser-driven neutron source can indeed be used to non-destructively identify different isotopes in workpieces and even make them spatially "visible". Moreover, a previously unknown impurity was detected in one of the workpieces. In addition to its use for radioactive waste, the neutron source may also be used for other applications, such as the non-destructive examination of archaeological finds or the visualisation of the fuel flow within an engine during operation.