How do cells react to micro- and nanoplastics? 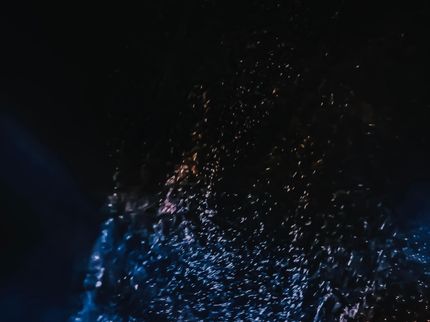 The smaller plastic particles are, the more easily they can be taken up by cells. In addition, the shape, surface and chemical properties play an important role in answering the question of how the particles could affect human tissue. This is the result of a study by researchers at the German Federal Institute for Risk Assessment (BfR), published in the journal Microplastics and Nanoplastics. "With this study, we want to help to close the still rather large knowledge gaps in the topic of health effects of 'nanoplastics,'" says Dr. Holger Sieg, head of the research project. "However, these are laboratory experiments with cell cultures that cannot simply be transferred to humans."

Plastic particles enter the environment from weathering and decaying polymer materials, car tyre or clothing abrasion and many other sources. As a result, various types of microplastic particles can be inhaled or ingested with drinks and food.

According to current knowledge, microplastics are considered to pose a comparatively low risk to human health. It is between one micrometre (millionth of a metre, unit µm) and five millimetres (thousandth of a metre, unit mm) in size and thus too "bulky" to be absorbed by human cells to any significant extent and distributed in the body. It is indigestible and is largely excreted again.

Nanoplastics can enter the cells

The situation is different with smaller particles, submicro- and nano-plastics. These particles are between one nanometre (billionth of a metre, unit nm) and 1000 nanometres (equivalent to one micrometre) in size. It is not yet known for sure whether and to which quantities they can enter the human body.

Holger Sieg and his team worked on submicrometre and nanoplastic particles and their effects on human small intestine and liver cells. Because these particles are so small and difficult to study, it is not easy to gain reliable insights into their effects on human tissue. The BfR team used various microscopy and testing methods to do this. The cells were exposed to various plastic types that are used in plastic tableware and cutlery or in food packaging.

It turned out that the smaller the particles, the more they were absorbed. The type of particles also played an important role. The cells of the small intestine, as a natural barrier between the intestinal contents and the organism, proved to be rather resistant. Microplastics only "seeped" into the cell to a small extent. The even smaller particles in the submicrometre range, on the other hand, could be measured in larger quantities in intestinal and liver cells. The particles either attached themselves directly to the cell membranes or were trapped in small bubbles of cell membrane, a process known as endocytosis.

It is not yet clear whether such artificial inclusions can disrupt the normal metabolism of the cell. Plastic particles could also bind potentially harmful substances to themselves and introduce them into the cell as a "Trojan horse". Possible effects of submicrometre and nanoplastics are discussed, for example inflammatory effects. It will be investigated in further studies, to which extent this is the case.

"Although we worked in the laboratory with a model system that can only represent reality in a very simplified way, our findings can help to close gaps in our knowledge about the behaviour of the smallest plastic particles," summarises BfR expert Holger Sieg. "However, it is not yet possible to say, whether the results are also valid for humans. For this, the laboratory findings must be verified in follow-up experiments."