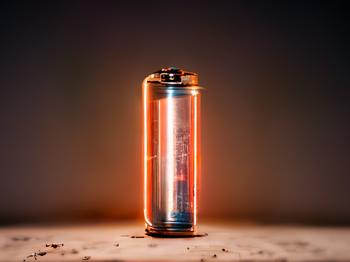 As our need for high-density batteries increases with widespread adoption of electric cars and alternative energy sources, improving the stability and capacity of lithium-ion batteries is a necessity. Current lithium-ion battery technology, which often uses nickel, is less stable at extreme temperatures, leading to overheating due to both temperature and high voltages. They also tend to deteriorate quickly.

To solve this problem, researchers are studying new chemical combinations that can address these drawbacks. In a recent study, scientists demonstrated how a solvent and an inorganic compound additive can improve the stability and performance of lithium-ion batteries with nickel cathodes.

They published their results on Sept.12 in Nano Research.

The basics of how batteries work are the same, whether you are thinking about an industrial lithium-ion battery or an average household AA battery. The cathode is the positive electrode, the anode is the negative electrode, and between them inside the battery is a solution called the electrolyte. Positively and negatively charged ions flow through the electrolyte and a chemical reaction generates electrical energy. In this study, researchers identified a sulfolane-based liquid electrolyte with lithium perchlorate added to it as a potential solution to common lithium-ion battery drawbacks.

“For nickel-based cathodes, good low-temperature electrochemical performance is usually achieved at the expense of property and safety at room temperatures. This is because electrolytes with low melting solvents deteriorate dramatically. The high volatility and flammability of these electrolytes also limit their application at high temperatures,” said professor Fang Lian at the School of Materials Science and Engineering at the University of Science and Technology Beijing in Beijing, China. By adding lithium perchlorate to the sulfolane, researchers found they could improve upon many of these drawbacks.

“The diluted high concentration sulfolane-based electrolyte with lithium perchlorate additive realizes the wide-temperature application in high voltage cells. This combination improves the lithium-ion transference and reduces the desolvation energy, while inhibiting the continuous decomposition of the electrolyte and the acute deterioration of the cathode at high temperatures,” said Lian. “Our work provides a comprehensive understanding of the molecular design of the electrolyte, facilitating the development of high energy density lithium batteries.”