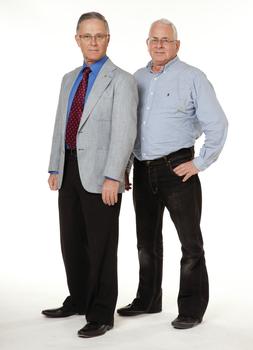 Prof. Moti Herskowitz, Vice President and Dean for Research and Development of Ben-Gurion University of the Negev, and Prof. Miron Landau from the Department of Chemical Engineering and the Blechner Center were recently awarded a highly competitive Israel Strategic Alternative Energy Foundation (I-SAEF) grant to further their groundbreaking research in liquid fuels.

Herskowitz heads the BGU Energy Initiative, which is developing multiple alternative fuels from solar energy to biomass to replace the world’s dependence on oil. He was also recently appointed to head the National Committee on Energy R&D, part of the Israel National Council for R&D.

Herskowitz has been focusing on renewable liquid fuels as the Director of the Blechner Center of Industrial Catalysis and Process Development. He is also the Israel Cohen Chair in Chemical Engineering.

“Our research program is aimed at determining the feasibility of the Fe-based catalytic system in CO2 hydrogenation to jet fuel while developing improved iron-based catalysts that – coupled with the proper process considerations (reactor type and operating conditions) – will give improved catalyst performance (selectivity to jet fuel that contains higher hydrocarbons including aromatics, stable operation, and high activity).

“Successful completion of the study, which is part of a wider scope program, will in the long-run, facilitate commercially viable applications of carbon dioxide hydrogenation for the production of jet fuel,” according to Herskowitz.

BGU, along with the Technion – Israel Institute of Technology and the Weizmann Institute of Science, is part of the newly created Israeli Center for Research Excellence (I-CORE) in the field of renewable liquid fuels.

Ben-Gurion University of the Negev