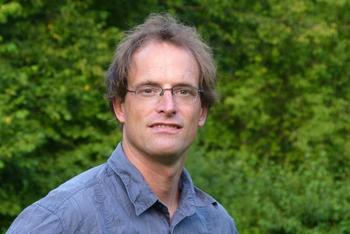 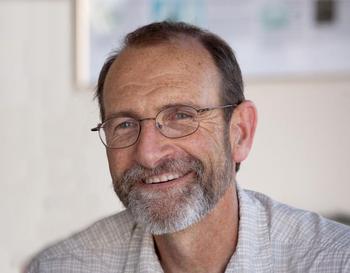 Chris Field and Markus Reichstein have been awarded the Max Planck Research Prize 2013 in recognition of their research into the influence of climate change on ecosystems. Chris Field is founding director of the Department of Global Ecology at the Carnegie Institution and Professor at Stanford University, Markus Reichstein is Director at the Max Planck Institute for Biogeochemistry in Jena. The prize winners will receive 750,000 euros each to finance their research and, in particular, to fund cooperation with other scientists working in Germany and abroad.

he Max Planck Research Prize is one of Germany’s most generous science prizes. It is funded by the Federal Ministry of Education and Research and awarded annually by the Alexander von Humboldt Foundation and the Max Planck Society to one scientist working in Germany and one working in another country. The topic for submissions changes each year, alternating between various fields of science and engineering, the life sciences and the humanities.

Markus Reichstein and Chris Field have been distinguished with the prize because they have significantly increased our knowledge of how life on Earth responds to climate change and what reactions can be anticipated between the biosphere and the atmosphere. Not only have they generated groundbreaking fundamental knowledge, their work also helps us to estimate the consequences of climate change for the people of the planet.

Reichstein’s research enables the determination of the global exchange of carbon dioxide and water between the atmosphere and terrestrial ecosystems, something that could never be done before. To facilitate his research he co-initiated the close integration of FLUXNET, a global network of measuring stations, thereby creating a data basis on the resource balance of very different ecosystems. Moreover, he and his group supplied the mathematical tools to merge this data with other Earth observation data and thus calculate how much carbon dioxide and water is exchanged between the biogeosphere and the atmosphere. Long-term observation thus enables scientists to determine the influence of climate variability and change on the carbon and water balance of the biogeosphere.

In this context, the question arises of how the productivity – the amount of organic material built up by plants during photosynthesis – and the greenhouse gas emissions of different terrestrial ecosystems change under extreme climate events. Markus Reichstein coordinates an extensive European Union research programme which is looking into this very question. Initial findings provide evidence that drought has a particularly powerful effect on the carbon balance of ecosystems worldwide because, faced with drought, photosynthesis responds more strongly than the respiration of organisms which ultimately breaks down the organic material into carbon dioxide and water.

How much carbon is stored in or released from soils

Soil is a key factor in the interplay between climate and biosphere. Based on field measurements and lab experiments, Markus Reichstein and his research group are developing models which allow them to predict how much carbon will be stored in or broken down and released from soils in the event of climate change.

Chris Field’s research also builds bridges between the kind of field trials, lab studies and global analysis that are so important in Reichstein’s work with the soil as a climate factor. Initially, Field used the California grasslands to examine how productivity is altered by climate change at the level of individual plants. In this context he also studied how strongly photosynthesis correlates with the quantity of light absorbed, enabling him to estimate how much biomass plants build up depending on how much light they absorb.

The findings from these studies served as the experimental basis for Chris Field to represent biogeochemical and ecological relationships in global models, which can also be used to determine the influence of climate change on the biosphere. As early as 1998 he published his first estimates on global net primary production: the biomass that is produced by plants and single-celled organisms which carry out photosynthesis and is not turned back into carbon dioxide and water in the course of cellular respiration. Even today, this work is still considered groundbreaking for all subsequent models that reflect and predict the Earth system’s reactions to global change.

Net primary production is significant not least because it enables the size of carbon sinks such as forests to be estimated. Carbon sinks are constantly removing carbon dioxide from the atmosphere. Chris Field calculated the size of the carbon sinks in the USA, thereby solving the riddle of why the carbon dioxide concentration in the atmosphere rises at a slower rate than the volume of greenhouse gases released around the world by burning fossil fuels.

In 2002, Field became the first director of the Department of Global Ecology at the Carnegie Institution for Science and has headed it ever since. He is the Melvin and Joan Lane Professor for Interdisciplinary Environmental Studies at Stanford University, a post he took up in 2012, and since 2005 he has been Professor of Biology at Stanford University and Faculty Director of the Jasper Ridge Biological Preserve. He studied biology at Harvard University and did his PhD in biology at Stanford University. Chris Field is co-chair of Working Group II (Impacts, Adaptation and Vulnerability) of the International Panel of Climate Change (IPCC) and was one of the coordinating lead authors of the IPCC Fourth Assessment Report and a member of the IPCC delegation, which received the Nobel Peace Prize in 2007.