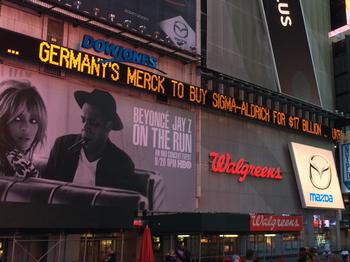 Merck announced that following the final approval of the European Commission it is set to complete its $17 billion (€13.1 billion) acquisition of Sigma-Aldrich.

“We’ve reached the home stretch and are set to complete the largest acquisition in our almost 350-year history,” said Karl-Ludwig Kley, CEO and Chairman of Merck.

Merck and Sigma-Aldrich announced on September 22, 2014 that they had entered into a definitive agreement under which Merck would acquire all outstanding shares of Sigma-Aldrich for $140 per share in cash. Today’s final approval of the European Commission follows the approval of the acquisition by Sigma-Aldrich’s shareholders at a special meeting held on December 5, 2014 and the satisfaction of other customary conditions, including antitrust clearance in the United States, China, Japan and several other countries.