Torsten Derr takes over as head of LANXESS subsidiary Saltigo 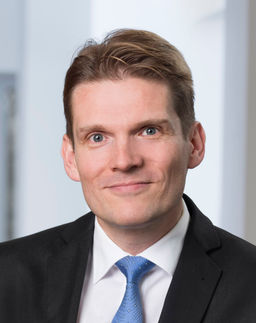 Torsten Derr will take over as head of Saltigo, a subsidiary of the specialty chemicals company.

From April 1, 2016, Torsten Derr (46), currently head of the LANXESS Board of Management’s Commercial & Supply Chain Excellence Initiative, will take over as head of Saltigo, a subsidiary of the specialty chemicals company. The outgoing head, Wolfgang Schmitz (62), is retiring after 41 years in the company.

Torsten Derr was born in Bremen in 1970 and completed a doctorate in chemistry at the University of Bremen in 1997. He started his professional life at Bayer AG. In 2007, he took charge of the Caprolactam business line of the High Performance Materials business unit at LANXESS. On March 1, 2009, Derr was appointed head of the Material Protection Products business unit, before assuming responsibility for the Keltan Elastomers business unit from June 2013. In August 2014, the LANXESS Board of Management put him in charge of the Commercial & Supply Chain Excellence Initiative.

Since April 2006, LANXESS’ fine chemicals business has been run by a separate legal entity, Saltigo GmbH, which is wholly owned by LANXESS.

Saltigo is part of the Advanced Intermediates segment, which achieved total sales in fiscal 2014 of EUR 1.6 billion. The company, which is headquartered in Leverkusen and has production facilities in Leverkusen and Dormagen, employs around 1,200 staff internationally.