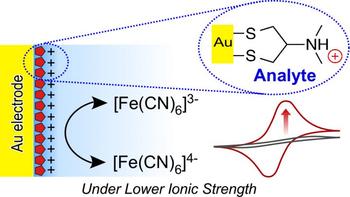 There is a limited amount of data on the global health impacts of pesticides, but many injuries and deaths worldwide can be attributed to their misuse. Pesticide contamination of food and water sources is a very serious problem, particularly in third world countries. The detection of these chemicals in the body using cheap and simple methods is a high priority.

Relatively easy methods for analyzing fat soluble chemical compounds are already known. Water soluble pesticides, on the other hand, are slightly more complicated. They often need troublesome pretreatments such as extraction and derivatization prior to instrumental analysis such as gas chromatography/mass spectrometry (GC/MS) and liquid chromatography/mass spectrometry (LC/MS), which is why researchers from Kumamoto University , Konan University, and the Nagasaki Prefectural Police in Japan began examining simpler methods for toxin detection. They focused on Nereistoxin (NRT), a natural neurotoxin found in several pesticides. Typical analysis for NRT requires the use of high performance detectors.

The researchers showed that NRTs adsorbed on the surface of a gold electrode (via an Au-S bond) produced an easily distinguishable electrochemical response that, in the presence of a ferricyanide (0.5 millimolar (mM)) marker anion, was more sensitive than a non-treated gold electrode. A critical condition for this electrochemical technique is an abnormally low electrolyte concentration (1.0 mM KCl). Under these low concentrations, the bare electrode measured a current of nearly zero microamps, whereas an electrode with a surface NRT layer significantly accelerated the electrical response. The NRT layer compensated greatly for the handicap that comes with low KCl levels. This research is valuable not only for its usefulness as a simple and practical sensor, but also for providing a new principle in physical chemistry for sensors.

After confirming the feasibility of the method on other NRT-related neurotoxic pesticides (Cartap, Thiocyclam, and Bensultap) the researchers assessed its ability to detect neurotoxins in human serum. "We initially found an unidentified current when we tested the control serum, but it was quickly eliminated after washing the electrode with sodium hydroxide," said Professor Toshihiro Ihara, leader of the research project. "Fortunately, this was the only treatment required for the detection of 1-25 micro-grams of NRT per milliliter of human serum, which is the sensitivity required to detect NRT poisoning from pesticides and other sources. Other techniques are more complicated, take more time, or use much more complicated materials. We hope that our technique will open doors to other cheap and simple detection methods."