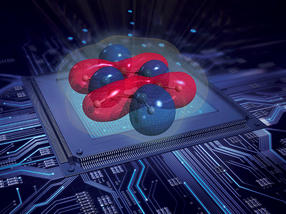 Merck announced a three-year cooperation with HQS Quantum Simulations, a start-up based in Karlsruhe, Germany. The cooperation between the startup and the Chief Digital Organisation of Merck will focus on applying and commercializing software for quantum chemical applications on quantum computers. Merck has the option for a distribution license.

“Quantum computing is poised to disrupt classical computing and enable a variety of unprecedented opportunities. The applications touch upon many fields with direct relevance to Merck and to our customers, for example materials research, drug discovery, artificial intelligence, and e-commerce,” said Philipp Harbach, Head of In Silico Research at the Chief Digital Organisation of Merck.

HQS was the winner of the Anniversary Research Grant in Digitalization and Computing, one of the research grants Merck initiated last year during its 350th anniversary year. The startup has special expertise in enabling quantum chemistry on near-term quantum computers, specifically on Noisy Intermediate-Scale Quantum (NISQ) devices.

Merck has an interdisciplinary and cross-functional quantum computing taskforce in place. Merck’s Chief Digital Organisation has strong expertise in quantum chemistry, an application which will be one of the first to benefit from the advent of quantum computers.

NISQ computers suffer from big quantum errors and pose a great challenge to near-term applications. Overcoming these obstacles through new, groundbreaking approaches is a major element of this cooperation. With regards to possible applications, the field of chemistry is expected to be the first to use quantum computers, enabling the performance of scalable and accurate quantum chemical calculations. The other three major fields that will benefit from quantum computers are predicted to be artificial intelligence, finance and pharmaceutical research.