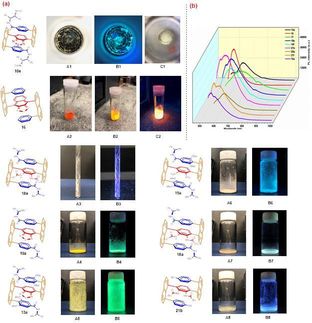 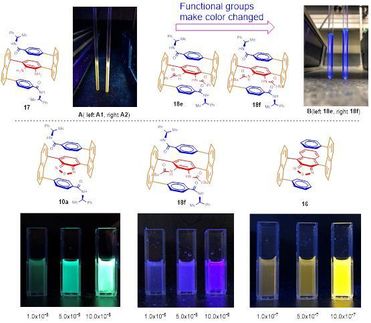 The origin of lives of human beings, animals and plants on earth is attributed to chirality because it is necessitated for the formation of biomolecules, such as nucleic acids, proteins, carbohydrates, etc. The studies on chirality have been becoming increasingly active and extensive due to its importance in chemistry, material sciences and pharmaceuticals in regard to developing new drugs with higher potency and fewer/less side-effects. So far, there have been four main types of general chirality revealed in scientific community: element central, axial/helical, spiro and double planar chirality; the first three exist in nature and the last chirality are artificially rendered in labs. The last chirality involves the structural unit of ferrocene which was invented by Nobel Laureate, G. Wilkinson at Imperial College London and chiral ferrocene developed by Cal Tech chemist G. Fu.

There is a recent report on the fifth chirality of multi-layer 3D chirality of C2- and/or pseudo C2-symmetry and on its first chemical synthesis by Professor Guigen Li's labs at Texas Tech University and Nanjing University in collaboration with Professor Tao Jiang at Ocean University of China. As confirmed by X-ray structural analysis that almost parallel arrangement consisting of three layers: top, middle and bottom layers, exists in this multi-layer 3D chirality. It shows the top and bottom layers restrict each other from free chemical bond rotation, i.e. if either top or bottom layer is removed, this chirality would not exist due to the resulting racemization. Therefore, the new 3D chirality is differentiated from any documented planar or axial chirality.

It is very intriguing that the resulting chiral multi-layer 3D products displayed macro chirality phenomenon which can be directly observed by human eyes without an aid of microscopic devices (Image 1a). When solutions containing 3D samples were slowly evaporated by being exposed to air for a few days, anti-clockwise spiral loops were formed in glass containers. These spiral loops shine with green color when it is irradiated under UV light at 365 nm. It is also very interesting when a capped NMR tube containing a CDCl3 solution of a 3D compound was stored at room temperature for over several weeks, right-handed spiro textile-shaped solids were formed inside NMR tubes. Nearly all 3D products displayed strong fluorescence even in their solid forms under UV light at 365 nm as shown in image 1.

The change of functional groups in multi-layer 3D chiral molecules led to their luminescence color changes from gold color to dark green (Image 2a). They also displayed strong aggregation-induced emission (AIE) (Image 2-(c)) in which the higher fraction of water, the stronger the luminescence has been confirmed qualitatively and quantitatively. Several of such 3D molecules have showed unusually high optical rotation, indicating their great potential serving for optical material science and technology.