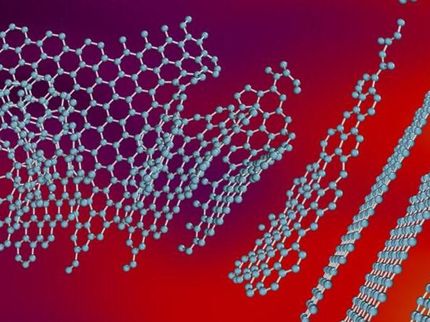 Described in a research paper published in Nature's Communications Materials, the new technique does not require the typical metal catalysts or special raw materials to turn carbon into crystalline graphite. Interestingly it was instead discovered by a research student in a lab, using an Atomic Absorption Spectrometer (AAS) - a piece of equipment, invented in Australia in the 1950s and developed to analyse the composition of liquids.

The Master-level student behind the discovery, Mr Jason Fogg, said that while the exact science behind why this new technique works is still to be confirmed, he believes it relates to the specific way the AAS heats the samples through short fast pulses.

"We used a special furnace that can heat the sample to 3000 degrees Celsius in seconds, something most furnaces cannot achieve," Mr Fogg said.

"To put the temperature into perspective, 3000 degrees Celsius is equal to about half the surface temperature of the Sun."

Dr Irene Suarez-Martinez, from Curtin's School of Electrical Engineering, Computing and Mathematical Sciences, said that while graphite is the most stable form of carbon, most carbon materials stubbornly refuse to turn into graphite, which is why she was absolutely shocked to learn about Mr Fogg's results.

"When he told me that he created perfect crystalline graphite from a known non-graphitising carbon material, I could not believe it, I was absolutely amazed at the results. It was only when we repeated the results three times that I was convinced," Dr Suarez-Martinez said.

The most astonishing result involved the polymer polyvinylidene chloride (PVDC), which Dr Suarez-Martinez described as a 'textbook example' of a very stubborn material.

As the world's demand for lithium ion batteries increases, scientists expect the commercial demand for crystalline graphite to also increase, and this research team is now determined to work out the precise details of why this special pulse heating method was so effective.

"Our hypothesis is that atmospheric oxygen soaks into the structure between pulses, and the rapid heating on the next pulses burns away the structures that would usually prevent graphite from forming," Dr Suarez-Martinez said.

"We're also interested to see if other complex carbons will also transform. Could this method be able to convert organic carbon material, such as food waste, into crystalline graphite?

"Right now we're only able to create very small amounts of crystalline graphite, so we are far from being able to reproduce this process on a commercial-level. But we plan to explore our method and hypotheses further."