Solve two problems at one stroke 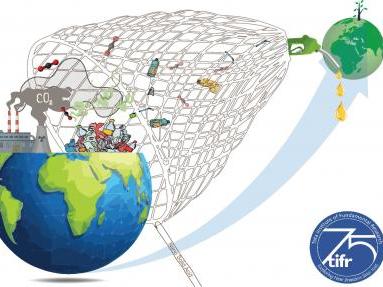 Solid acids are amongst the most essential heterogeneous catalysts, which have the potential to replace environmentally harmful liquid acids, in some of the most important processes, such as hydrocarbon cracking, alkylation, as well as plastic waste degradation and carbon dioxide to fuel conversion.

On the other hand, the primary cause of climate change is atmospheric carbon dioxide, whose levels are rising every day. The effect of global warming in terms of drastic changes in weather patterns is already clearly visible and alarming. There is, therefore, a great need to find ways to reduce carbon dioxide levels, either by sequestering it or by converting it to fuel. On the other hand, an excessive amount of plastic waste has become a serious environmental problem. Most of the countries generate thousands of tonnes of plastic waste every day.

In this work, researchers dealt with both these problems at one stroke, by developing nano solid acids that transform carbon dioxide directly to fuel (dimethyl ether) and plastic waste to chemicals (hydrocarbons).

By using the techniques of bicontinuous microemulsion droplets as a soft template, Prof. Vivek Polshettiwar's group at Tata Institute of Fundamental Research (TIFR), Mumbai, synthesized an acidic amorphous aluminosilicate (AAS), speculated as "Amorphous Zeolites", with a nano-sponge morphology, exhibiting both zeolitic (strong acidity) and amorphous aluminosilicate (mesoporous high surface area) properties. The presence of zeolite-like bridging silanol in AAS was proved by various catalytic reactions (styrene oxide ring-opening, vesidryl synthesis, Friedel-Crafts alkylation, jasminaldehyde synthesis, m-xylene isomerization, and cumene cracking) which requires strong acidic sites and larger pore sizes. The synergy between strong acidity and accessibility was reflected in the fact that AAS showed better performance than state-of-the-art zeolites and amorphous aluminosilicates. This was also confirmed by detailed solid-state NMR studies. Thus, it was clear that the material possesses strongly acidic zeolite-like bridging silanol sites, even though materials are not crystalline but amorphous. They, therefore, fall into a new class of materials at the interface between crystalline zeolite and amorphous aluminosilicate.

Thus, the approach may allow the development of solid acid catalysis for plastic degradation as well as carbon dioxide to fuel, at the significant rates, scales, and stabilities required to make the process economically competitive. The protocol has scientific and technological advantages, owing to its superior activity and stability.