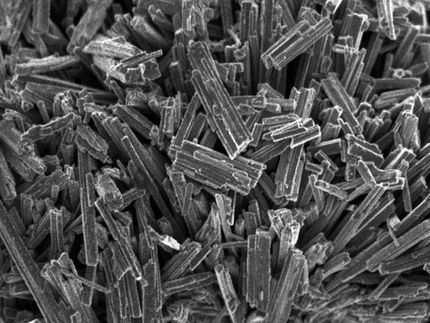 A research team from the Technical University of Munich (TUM) led by chemist Johannes Lercher has developed a synthesis process which drastically increases the activity of catalysts for the desulfurization of crude oil. The new process could perhaps also be used for catalysts in fuel cells.

Crude oil contains a great deal of sulfur. To turn the crude oil into fuel, the sulfur compounds must be removed using hydrogen. Experts call this process hydrotreating. The process is carried out using catalysts.

Under the leadership of Prof. Johannes Lercher and Dr Hui Shi, a team of researchers at the Professorship of Chemical Technology at the Technical University of Munich have now developed a process to increase the activity of these catalysts many times over by treating the catalytically active metal sulfides with concentrated hydrochloric acid beforehand.

Important for the environment

Hydrotreating is one of the most important catalytic processes – both with regard to the quantity of catalyst used and the quantity of processed raw material. With highly pressurized hydrogen, impurities such as sulfur or nitrogen compounds are removed from the crude oil as completely as possible.

“These kinds of impurities would later combust to form sulfur dioxide and nitrogen oxides, which would result in negative effects on the environment especially the air quality,” says Manuel Wagenhofer, first author of the study. In addition, sulfur and nitrogen compounds would also damage precious metals in catalytic converters in modern vehicles, and drastically reduce their effectiveness.

An amazing effect of hydrochloric acid

The TUM chemists examined such mixed metal sulfide catalysts for their effectiveness in hydrotreating by first synthesizing nickel molybdenum sulfides over several process stages, and then treating them with acid.

“For example, we were able to identify and quantify active centers on the catalysts that were treated in this way,” explains Lercher. “This was only possible because the surface was no longer covered in nickel sulfide.”

In principle, the acid treatment could apparently be used as an investigation instrument for a series of similar catalysts, to optimize these, for example, for use with oils from renewable raw materials which are to be transformed into climate-friendly fuels in the future via a refining process.

“If we understand mixed metal sulfide catalysts better, we can perhaps improve them considerably for use in other important fields of the future, such as water electrolysis or hydrogen fuel cells,” says Johannes Lercher.