Basis for extremely sensitive infrared and terahertz detectors much smaller than existing ones, with similar absorption efficiency 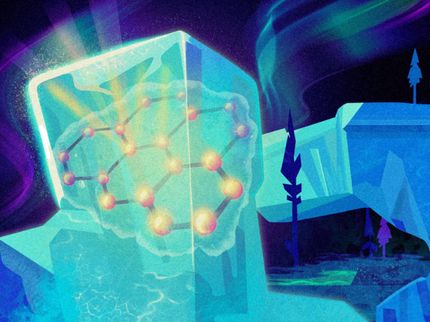 Scientists from University of Regensburg, Massachusetts Institute of Technology, Moscow institute of Physics and Technology, and University of Kansas have discovered abnormally strong light absorption in graphene. The effect arises from the conversion of ordinary electromagnetic waves into super-slow surface waves running through graphene. The observation is of fundamental interest and shows in an impressive way how the interaction of Bernstein modes, collective excitations of electrons driven by their cyclotron motion and the smearing of electric fields at the smallest scales due to nonlocality can influence the radiation absorption of graphene. This behavior could serve as the basis for extremely sensitive infrared and terahertz detectors much smaller than existing ones, with similar absorption efficiency. The investigations were carried out in the framework of the Collaborative Research Centre 1277 and published in the journal Nature Physics.

Everyday experience teaches us that the efficiency of light energy harvesting is proportional to the absorber area. The solar panel "fields" that dot many deserts are a clear indication of this. Can an object absorb radiation from an area larger than itself? It turns out yes, and it is possible when the frequency of light is in resonance with the movement of electrons in the absorber. In this case the absorption area of the radiation is on the order of the square of the wavelength of the light, although the absorber itself can be extremely small.
In order to receive electromagnetic waves - from radio frequencies to the ultraviolet range - with the lowest possible losses, resonant absorption phenomena are used. Two classes of resonances are particularly promising for these applications: the first and most fundamental is called the cyclotron resonance and occurs when the frequency of the incoming electromagnetic wave matches the frequency at which the electron spins in a circular path in an applied magnetic field. The second resonance results from the synchronous movement of electrons and the electromagnetic field from one sample boundary to the other and is called plasmon resonance. Both resonances have been successfully investigated experimentally in different systems. However, the observed effect of absorption enhancement has been comparatively small in most of the semiconductors studied so far.

In the present work, electromagnetic wave absorption has been investigated under conditions where both resonances - cyclotron and plasmon resonance - exist simultaneously. To study this phenomenon the frequency of the electromagnetic wave was chosen to be of the order of a few Terahertz. Graphene, a layer of carbon atoms, was chosen for the experiments carried out at the Terahertz Centre of the University of Regensburg (TerZ). A substance that can also be found layered in conventional pencil leads. Its high purity not only allows plasma oscillations, rapid oscillations of electron density, to occur in the structure, but also preserves it additionally, as electrons can pass from one boundary of the sample to the other without ever encountering impurities.

Exposing graphene to a magnetic field creates the conditions for cyclotron resonance by forcing the electrons into orbits. Radiation provided by a terahertz laser was used to excite graphene leading to a surprising result: While the photosignal was relatively small at the conventional cyclotron resonance, the researchers observed a huge photoresponse at its double frequency. A detailed comparison of the experiment with theory shows that the strong photosignal is due to the interaction of the double cyclotron and plasmon resonances into so-called Bernstein modes, oscillations of electron density driven by the cyclotron motion. The incoming terahertz radiation is ‘’reshaped’’ at the sample surface and couples to these modes. Near the frequency of the double cyclotron resonance, the plasmon waves are strongly decelerated - their speed drops to almost zero, so that the electrons fall into a kind of rigidity. Light striking graphene is trapped and transformed into an ultraslow surface wave. These waves get "stuck" in graphene and stay there until they are absorbed. The more light graphene absorbs, the more it heats up and the more its resistance changes leading to a larger photosignal. Hence, the change in resistance of graphene under the action of light is a measure of its absorptivity.

In the context of this study by the Collaborative Research Centre 1277, graphene proved to be a very suitable platform for observing anomalously strong terahertz absorption. These investigations shed new light on interaction between light and matter and extend the role of electric fields at the smallest scales. However, the observability of the phenomenon is not limited to graphene alone - many materials and nanostructures based on them support ultraslow surface waves. Discovering and exploring those is an immediate goal of the international research team.