Licensing the technology for a start-up 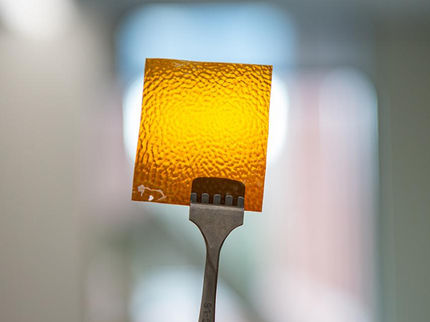 Refining metals, manufacturing fertilizers and powering fuel cells for heavy vehicles are all processes that require purified hydrogen. But purifying, or separating, that hydrogen from a mix of other gases can be difficult, with several steps. A research team led by Chris Arges, Penn State associate professor of chemical engineering, demonstrated that the process can be simplified using a pump outfitted with newly developed membrane materials.

The researchers used an electrochemical hydrogen pump to both separate and compress hydrogen with an 85% recovery rate from fuel gas mixtures known as syngas and 98.8% recovery rate from conventional water gas shift reactor exit stream — the highest value recorded. The team detailed their approach in ACS Energy Letters.

Traditional methods for hydrogen separations employ a water gas shift reactor, which involves an extra step, according to Arges. The water gas shift reactor first converts carbon monoxide into carbon dioxide, which is then sent through an absorption process to separate the hydrogen from it. Then, the purified hydrogen is pressurized using a compressor for immediate use or for storage.

The key, Arges said, is to use high-temperature, proton-selective polymer electrolyte membranes, or PEMs, which can separate hydrogen from carbon dioxide and carbon monoxide and other gas molecules quickly and cost-effectively. The electrochemical pump, equipped with the PEM and other new materials Arges developed, is more efficient than conventional methods because it simultaneously separates and compresses hydrogen from gas mixtures. It also can operate at temperatures of 200 to 250 degrees Celsius — 20 to 70 degrees higher than other high-temperature-PEM-type electrochemical pumps — which improves its ability to separate hydrogen from the unwanted gasses.

“This is an effective and potentially cost saving way to purify hydrogen, especially when there is a large carbon monoxide content,” Arges said. “No one has ever purified hydrogen to this extent with a gas feed that contained more than 3% of carbon monoxide using an electrochemical hydrogen pump, and we achieved it with mixtures that consist of up to 40% carbon monoxide by using a relatively new class of high-temperature PEM and electrode ionomer binder materials.”

To carry out the separation, Arges’ team created an electrode “sandwich,” where electrodes with opposing charges form the "bread" and the membrane is the "deli meat." The electrode ionomer binder materials are designed to keep the electrodes together, like the gluten of the bread.

The PEM works by permitting the passage of protons but preventing the larger molecules of carbon monoxide, carbon dioxide, methane and nitrogen from coming through, according to Arges. For the electrodes to work effectively in the hydrogen pump, Arges and his team synthesized a special phosphonic acid ionomer binder that acts as an adhesive to keep the electrode particles together.

“The binder is effective for making a mechanically robust, porous electrode that permits gas transport so hydrogen can react on the electrocatalyst surface while also shuttling protons to and from the membrane,” Arges said.

The researchers plan to investigate how their approach and tools will aid in purifying hydrogen when stored in existing natural gas pipelines. Distributing and storing hydrogen in this manner has never been accomplished, but holds great interest, according to Arges. He explained that hydrogen could aid in generating electric power via a fuel cell or turbine generator to support solar or wind energy-based systems and a variety of more sustainable applications.

“The challenge is that hydrogen has to be stored at low concentrations in the pipeline — less than 5% — because it can degrade the pipeline, but end-use applications require more than 99% pure hydrogen,” Arges said.

Arges filed two U.S. patent applications on components used in this research while he was on faculty at Louisiana State University. One is on high-temperature PEMs, and the other is on the electrochemical hydrogen pump using the high-temperature PEMs and phosphonic acid ionomer electrode binder. He is currently licensing the technology for a start-up company he co-founded with his wife, Hiral Arges, called Ionomer Solutions LLC.