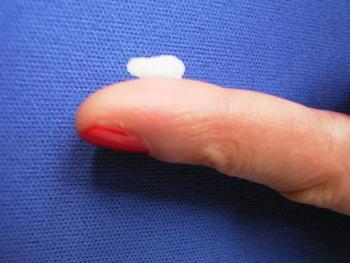 A team of chemists headed by Thomas Loerting from the University of Innsbruck and Hinrich Grothe from the Vienna University of Technology (TU Wien) in Austria have prepared and isolated gas-phase carbonic acid and have succeeded in characterizing the gas-phase molecules by using infrared spectroscopy. The results were published in the journal Angewandte Chemie International Edition. In textbooks and other media the widespread belief still prevails that stable carbonic acid cannot be produced in pure form and is practically non-existent as it immediately decomposes to carbon dioxide and water. However, Innsbruck chemists headed by Erwin Mayer (Institute of General, Inorganic and Theoretical Chemistry) refuted this persistent dogma in chemistry several years ago. They belong to only a handful of scientists who have prepared pure solid carbonic acid experimentally. In an international first, the scientists have now produced gas-phase carbonic acid and, together with a research group headed by Hinrich Grothe at the Vienna University of Technology, they have also succeeded in proofing the existence of these molecules. “Carbonic acid vapor is composed of at least three different species in the gas-phase: a cyclic dimer consisting of two molecules and two different types of monomers,“ explains Thomas Loerting (Institute of Physical Chemistry) the result of the comprehensive study.

For this experiment the researchers prepared carbonic acid in the laboratory in Innsbruck. It was then stored in liquid nitrogen and transported to Vienna by PhD student Jürgen Bernard. At the Institute of Materials Chemistry at the TU Wien the solid carbonic acid was warmed to minus 30 degrees Celsius. “During this process the carbonic acid molecules entered the gas-phase,“ says Loerting. This is a surprising result because many experts in the field believed that carbonic acid immediately decomposes to carbon dioxide and water. The Austrian scientists trapped the carbonic acid vapor in a solid matrix of the inert gas argon and cooled it down. “This produced a frozen image of the carbonic acid vapor, which we analyzed by using high-resolution infrared spectroscopy at the TU Wien,“ says Hinrich Grothe. “The spectrum we produced is extremely precise and we were able to assign the spectral bands to the vibration of each single molecule.“ For more than a decade, the chemists have been supported in their experimental research by Klaus Liedl from the Institute of Theoretical Chemistry in Innsbruck. His team of scientists has helped to interpret the experimental data with computational models. Additional calculations have been performed by Oscar Galvez from CSIC Madrid (Spanish National Research Council).