Gold from old phones is real prospect thanks to chemical advance 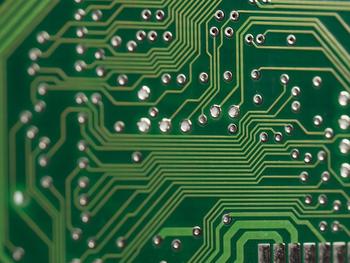 Vast quantities of gold could be salvaged from old mobile phones using a simple chemical method, a study shows.

Current methods for extracting gold from old gadgets are inefficient and can be hazardous to health, as they often use toxic chemicals such as cyanide, researchers say.

Electrical waste - including old mobile phones, televisions and computers - is thought to contain as much as seven per cent of all the world's gold. The precious metal is a key component of the printed circuit boards found inside electrical devices.

Improving how the precious metal is recovered from discarded electronic devices could help reduce the environmental impact of gold mining and cut carbon dioxide emissions, the team says.

Scientists at the University of Edinburgh developed a simple extraction method that does not use toxic chemicals and recovers gold more effectively than current methods. The finding could help salvage some of the estimated 300 tonnes of gold used in electronics each year, researchers say.

By unravelling the complex chemistry underpinning the extraction process, the team discovered a compound that could be used to recover gold more effectively.

Printed circuit boards are first placed in a mild acid, which dissolves all of their metal parts. An oily liquid containing the team's chemical compound is then added, which extracts gold selectively from the complex mixture of other metals.

The findings could aid the development of methods for large-scale recovery of gold and other precious metals from waste electronics, the team says.

Professor Jason Love, of the University of Edinburgh's School of Chemistry, who led the study, said: "We are very excited about this discovery, especially as we have shown that our fundamental chemical studies on the recovery of valuable metals from electronic waste could have potential economic and societal benefits."

The University of Edinburgh seeks to make a significant, sustainable and socially responsible contribution to Scotland, the UK and the wider world.

The study is one of many staff and student-led initiatives at the University to promote the so-called circular economy, which encourages reuse of materials and greater resource efficiency.