Polymers and Fuels from Renewable Resources 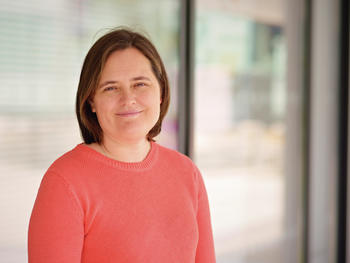 Prof. Charlotte K. Williams from Oxford University receives the Otto Roelen Medal 2018. This prize will be awarded by DECHEMA and the German Catalysis Society in recognition of her developments in the field of highly active catalysts for carbon dioxide copolymerization. This enables renewable resources such as carbon dioxide and plants to be converted into polymers and fuels. The award ceremony will take place on 15 March 2018 during the 51th Annual Meeting of German Catalysis Scientists in Weimar / Germany.

These tailor-made catalysts are capable of converting carbon dioxide, including waste emissions from industrial manufacture, into polycarbonate polyols. These polyols form the basis for the production of polyurethanes which are widely applied including in home insulation, furniture, adhesives, apparel and automotive sectors. The catalysis to recycle carbon dioxide helps to considerably reduce greenhouse gas emissions associated with polyol production.

Charlotte Williams is currently Professor of Inorganic Chemistry and Tutorial Fellow at Trinity College Oxford / UK. She earned her doctorate at Imperial College London / UK and then worked as a postdoc at the University of Minnesota /USA and Cambridge University /UK. From 2003-2016 she was an academic at Imperial College London and held a professorship in Catalysis and Polymer Chemistry.