EPO announces the finalists for the European Inventor Award 2019 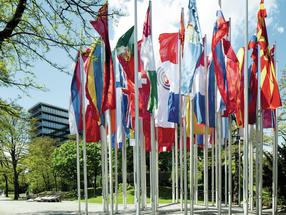 The headquarters of the EPO in Munich

The European Patent Office (EPO) announces the 15 finalists nominated for the European Inventor Award 2019. The Award, now in its 14th year, celebrates the genius and creativity of inventors and inventor teams for their contributions to scientific and technological progress, their role in generating economic growth, and their impact on our daily lives.

"These inventors are tackling some of society's most pressing challenges head-on. From fighting cancer to reducing plastic waste, the contribution of our finalists is spearheading a drive towards a better future," said EPO President António Campinos. "The range and impact of their innovations are also positive for the European economy. In the EU, sectors with a high use of patents, trademarks and registered designs employ around 60 million people, and account for over 90% of external trade. The European patent system not only supports inventors like our finalists, but also benefits society as a whole."

The winners of the 2019 edition of the EPO's annual innovation prize will be announced at a ceremony in Vienna on 20 June. The Award will be given in the five categories of "Industry", "Research", "Non-EPO countries", "SMEs" and "Lifetime achievement". The finalists and winners are selected by an independent, international jury. In addition, the public will choose the winner of the "Popular Prize" from among the 15 finalists by voting online on the EPO's website in the run-up to the ceremony.

The 2019 finalists come from 12 countries: Austria, France, Germany, Israel, Italy, Japan, the Netherlands, Norway, Poland, Spain, the United Kingdom, and the United States. They were selected by the jury from a pool of hundreds of inventors and teams of inventors put forward by members of the public, national patent offices around Europe, and EPO staff.

The choice of Vienna, a city at the heart of Europe, as the location to hold the Award ceremony is a fitting stage because it has a long, historic relationship with intellectual property; the Vienna Exhibition of 1873 was the setting for the first multilateral discussions on industrial property protection. Today, nearly 150 years later, the city is home to the EPO's centre for patent information.

The 2019 finalists in the five categories are