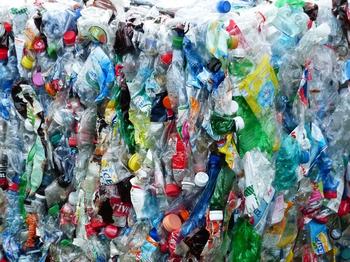 Plastic products are ubiquitous. Although considered indispensable in many areas of life thanks to their versality and practicality, are they really harmless? The PlastX research group led by the Institute of Ecological Research (ISOE) has examined everyday products made of plastic and found that three quarters of such goods contain harmful chemicals. Furthermore, a large proportion of the substances in the chemical mixture are non-identifiable.

No other material is as practical: being durable, heat resistant, break-proof and yet elastic, plastic is ideal for mass production and thus enjoys a mass market presence. The pliable material is produced largely from petroleum by chemical processing. Different additives are mixed in, depending on the type of product and application. These include plasticizers, stabilizers and colorants. Furthermore, numerous side and degradation products are formed during the production process. “During the manufacturing of plastics a complex cocktail of substances is added or formed, the majority of which are unknown to us,” says the head of the PlastX research group, Carolin Völker.

For this reason, the PlastX scientists, led by the ISOE and in collaboration with the Goethe University Frankfurt and the Norwegian University of Science and Technology, performed a laboratory study to examine the overall toxicity and chemical composition of 34 everyday products made of plastic. They analyzed products such as yoghurt pots and soft drink- and shampoo bottles made of eight different plastic types. In order to analyze potential adverse effects of the compounds present in plastics, they extracted them from the products and applied them to in vitro tests. To the knowledge of the authors, this is the first study that analyzes and compares several plastic types in a series of bioassays and combined with chemical analysis.

The study provided several important results for the scientists. “We found that three out of four products tested contained harmful substances, including chemicals that are toxic for cells or cause endocrine disrupting effects,” reports Lisa Zimmermann, first author of the study. She sums up: “We observed significant negative effects in cell culture tests. Such chemicals should not be in plastics in the first place, even though we don't know whether they will affect our health”.

The plastic types polyvinyl chloride (PVC) and polyurethane (PUR), contained a high amount of chemicals, and the effects were more alarming than in, say, polyethylene terephthalate (PET). “Overall, we were surprised by the large number of different chemicals we detected in the plastic products”, says ecotoxicologist Lisa Zimmermann. “Overall, we found over 1,400 chemicals in the products and in individual articles even more than a hundred.”

Of these 1,400 substances, only 260 could be identified. “That means that 80 % and thus most of the plastic chemicals remain unknown,” says Zimmermann. “And if we do not know the chemicals we are dealing with, we cannot determine their safety for humans and the environment.” The authors of the study point out that for this reason the health impacts of chemicals in plastics are still largely unknown. Up to date, only individual chemicals such as bisphenol A, which is harmful to human health, have been extensively studied.

What consumers need to know

“Not all the plastic products tested contained toxicity. Thus safer alternatives are already on the market,” states PlastX project manager Carolin Völker. “As our study shows, one yoghurt cup may contain toxic substances while another one is free from them.” However, since this isn’t apparent to the consumer, it’s important that the issue of safe plastics find its way onto the political agenda. “Plastics manufacturers should be legally bound to make the ingredients transparent and guarantee the safety of their products,” the scientists demand.

Not only due to the many unknowns but also considering the plastic waste issue, the research team suggests consumers as a practicable strategy to avoid plastics. There are many options available, for example buying fresh and unwrapped groceries instead of products sealed in plastic wrap. “However, having purchased a microwavable product wrapped in plastic, it is essential to avoid heating it up while it is still packed, because the heat in particular promotes the leaching of chemicals from the plastic into the food,” stresses ecotoxicologist Völker. Packaging alternatives such as paper or cardboard are not necessarily safer, as they may likewise leach chemicals into the packed good.

Bioplastics are not necessarily safer

For some years now, so-called bioplastic have been available on the market as alternatives to traditional plastics. They are made from renewable biomass sources, instead of from petroleum. However, also here chemicals prove to be a problem: in the PlastX laboratory study, products made from polylactic acid (PLA), a common bioplastic, were tested. All these products contained toxicity. “Even bioplastics are ultimately plastics, their polymers are just produced from another source,” says Lisa Zimmermann. “Therefore, it stands to reason that similar negative effects can arise.” In order to further analyze these effects, the PlastX research group currently performs a comprehensive laboratory study on bioplastic products.