Electrolysis: How to produce better electrodes

Another step forward for renewable energies: The production of green hydrogen could be even more efficient in the future 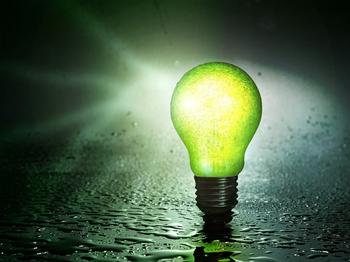 By applying an unusual process step, chemists at Martin Luther University Halle-Wittenberg (MLU) have found a way to treat inexpensive electrode materials and considerably improve their properties during electrolysis.

Hydrogen is thought to be the solution to the storage problem of renewable energies. It can be produced in local electrolysers, stored temporarily and then very efficiently converted back into electricity in a fuel cell. It also serves as an important raw material in the chemical industry. However, the green production of hydrogen is still hampered by the poor conversion of the supplied electricity. "One reason is that the dynamic load of the fluctuating electricity from the sun and wind quickly pushes the materials to their limits. Cheap catalyst materials rapidly become less active," says Professor Michael Bron from the Institute of Chemistry at MLU, explaining the basic problem.

His research group has now discovered a method that significantly increases both the stability and the activity of inexpensive nickel hydroxide electrodes. Nickel hydroxide is a cheap alternative to very active, but also expensive catalysts, like iridium and platinum. The scientific literature recommends heating the hydroxide up to 300 degrees. This increases the stability of the material and partially converts it to nickel oxide. Higher temperatures would completely destroy the hydroxide. "We wanted to see this with our own eyes and gradually heated the material in the laboratory to 1,000 °C," says Bron.

As temperatures increased, the researchers observed the expected changes to the individual particles under the electron microscope. These particles were converted to nickel oxide, grew together to form larger structures and, at very high temperatures, formed patterns reminiscent of zebra crossings. However, electrochemical testing surprisingly showed a constantly high activity level of the particles, which should have no longer been usable in the electrolysis. As a rule, large surfaces and, hence, smaller structures are more active during electrolysis. "We therefore attribute the high level of activity of our much larger particles to an effect that, surprisingly, only occurs at high temperatures: the formation of active oxide defects on the particles," says Bron.

Using X-ray crystallography, the researchers discovered how the crystal structure of the hydroxide particles changes as temperatures increase. They concluded that when heated to 900 °C, a point at which the particles exhibit the highest level of activity, the defects undergo a transitioning process that is completed at 1,000 °C. At this point activity suddenly drops again.

Bron and his team are confident that they have found a promising approach since, even after repeated measurements after 6,000 cycles, the heated particles still generated 50 % more electricity than the untreated particles. Next the researchers want to use X-ray diffraction to better understand why these defects increase the activity so much. They are also looking for ways to produce the new material so that smaller structures are retained even after heat treatment.