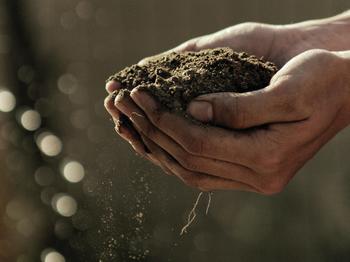 Photo by Gabriel Jimenez on Unsplash

Scientists at Johannes Gutenberg University Mainz (JGU) and ETH Zurich have developed a process to produce commodity chemicals in a much less hazardous way than was previously possible. Such commodity chemicals represent the starting point for many mass-produced products in the chemical industry, such as plastics, dyes, and fertilizers, and are usually synthesized with the help of chlorine gas or bromine, both of which are extremely toxic and highly corrosive. In the current issue of Science, the researchers report that they have been able to utilize electrolysis, i.e., the application of an electric current, to obtain chemicals known as dichloro and dibromo compounds, which can then be used to synthesize commodity chemicals. "Chlorine gas and bromine are difficult to handle, especially for small laboratories, as they require strict safety procedures," said Professor Siegfried Waldvogel, spokesperson for JGU's cutting-edge SusInnoScience research initiative, which helped develop the new process. "Our method largely eliminates the need for safety measures because it does not require the use of chlorine gas or bromine. It also makes it easy to regulate the reaction in which the desired chemicals are synthesized by controlling the supply of electric current."

According to Professor Siegfried Waldvogel, electrolysis can be used to obtain dichloro and dibromo compounds for example from solvents that would ordinarily be used to produce PVC. "This is even much simpler than synthesizing dichloro and dibromo products from chlorine gas or bromine, respectively." The research team, he claims, has demonstrated that the novel process functions as intended for more than 60 different substrates. "The process can be used for molecules of different sizes and is thus broadly applicable. It is also easy to scale up, and we have already been able to employ it to transform larger quantities in the multi-gram range," Waldvogel added. The chemist is particularly enthusiastic about the discovery that electrolysis can also be used to separate chlorine atoms from molecules of certain insecticides that have been banned, yielding the desired dichloro products. "There is virtually no natural degradation of such insecticides," he pointed out. "They persist in the environment for extremely long periods and have now even been detected in the Arctic. Our process could help in eliminating such toxic substances and actually exploit them to our benefit in future."