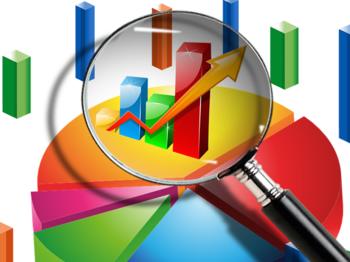 As already reported, Wacker Chemie AG’s total sales for 2020 did not quite match the prior-year level due to the effects of the coronavirus pandemic. On presenting its annual report, the Munich-based chemical company announced that Group sales came in at €4.69 billion in 2020 (2019: €4.93 billion), down 5 percent year over year. Sales contracted sharply, especially in Q2 2020. Although WACKER regained some ground in Q3 and Q4, supported mainly by robust construction and polysilicon demand, it did not fully make up for that sales slump. In addition to prices and volumes that were generally lower year over year, product-mix and exchange-rate effects also slowed WACKER’s sales.

In 2020, EBITDA (earnings before interest, taxes, depreciation and amortization) totaled €666.3 million (2019: €783.4 million). That was 15 percent less than the year before and corresponded to an EBITDA margin of 14.2 percent (2019: 15.9 percent). The decline was chiefly due to a special payment received in 2019. That year WACKER had booked, under cost of goods sold, €112.5 million in insurance compensation for the damage incurred following the incident at the Charleston (USA) plant in 2017. Adjusted for this amount, the year-over-year decline in EBITDA was 1 percent.

Despite the ongoing risks and negative impacts associated with the pandemic, WACKER expects to post growth in 2021. The company aims to lift its sales by a mid-single-digit percentage, primarily due to volume growth. The Group’s EBITDA is likely to rise 10 to 20 percent compared with 2020. Savings in personnel and non-personnel costs achieved under the company’s ongoing efficiency programs will have a favorable effect on earnings. On the other hand, higher raw-material costs and negative exchange-rate effects are likely to slow EBITDA by more than €100 million. Group net income will be substantially above last year’s figure.

During the first two months of the current year, WACKER’s business remained on a dynamic trajectory. Demand is robust across all business divisions, with Group sales and EBITDA both clearly higher than last year. Overall, WACKER expects to post Group sales of almost €1.3 billion in Q1 2021 (Q1 2020: €1.20 billion). Group EBITDA for Q1 2021 is likely to be substantially above last year’s level (€174.1 million), benefiting mainly from strong demand for polysilicon and construction-sector products, and from generally lower production costs.

“Although we are suitably cautious about the coronavirus situation, we have entered 2021 with optimism,” said CEO Rudolf Staudigl in Munich on Tuesday. “We expect our chemical business to perform well during the rest of the year. We expect to see volume growth and positive product-mix effects for chemicals. In our polysilicon business, we also forecast somewhat higher volumes and a better product mix. Annual average polysilicon prices are unlikely to drop below 2020 levels.”

Expanding on the outlook for 2021, Staudigl spoke about the ongoing efficiency program that WACKER launched in late 2019. In his words, non-personnel cost savings had already improved last year’s earnings by more than €50 million. On the other hand, efficiency-related restructuring expenses of €48.9 million had lowered earnings. According to Staudigl, in the current year the company already expects to see non-personnel cost savings of over €100 million, as well as a noticeable reduction in personnel costs. Overall, WACKER intends to achieve annual savings of about €250 million as from the end of 2022 by reducing non-personnel costs and cutting around 1,200 jobs in WACKER’s administrative departments and in the divisions’ non-operational functions.

Investment activities last year continued to focus on capacity expansion at WACKER’s chemical divisions. A new dispersion reactor came on stream at the Ulsan site in South Korea. In Nanjing, China, WACKER is currently building another new dispersion reactor as well as a spray dryer for dispersible polymer powder. These new facilities are scheduled to go on stream in the second half of 2022.

At its site in Amsterdam, Netherlands, the company invested in the expansion of its vaccine production capacity and in facilities to produce biopharmaceuticals. At this site, WACKER will produce the Covid-19 vaccine developed by Tübingen-based CureVac as soon as the vaccine has been approved. From mid-2021 onward, WACKER plans to manufacture more than 100 million doses of this vaccine annually in Amsterdam.

WACKER also invested in several small- and medium-scale projects for intermediates and downstream products, and in infrastructure measures at its sites in Burghausen and Nünchritz.

WACKER’s total assets amounted to €6.95 billion as of December 31, 2020 (Dec. 31, 2019: €6.49 billion), up 7 percent. The largest changes related to liquid assets. Due to higher cash inflows from operating activities and to additional bank loans raised, WACKER recognized liquid assets of €1.34 billion as of December 31, 2020 (Dec. 31, 2019: €545.2 million). On the equity and liabilities side, Group equity contracted markedly because pension provisions rose amid lower discount rates. As of the reporting date, equity amounted to €1.69 billion (Dec. 31, 2019: €2.03 billion). The corresponding equity ratio was 24.3 percent (Dec. 31, 2019: 31.3 percent). To counteract a further rise in pension obligations due to the European Central Bank’s continued zero-interest policy, WACKER is currently working on a fundamental overhaul of its retirement benefits system.

Sales at WACKER POLYMERS fell slightly in 2020, contracting 1 per-cent to €1.30 billion (2019: €1.32 billion) due to price declines and negative exchange-rate effects. EBITDA of €270.5 million was 39 per-cent above the year-earlier level (2019: €194.2 million), with positive effects coming from improvements in the cost of goods sold and a year-over-year decline in raw-material prices.

At WACKER POLYSILICON, sales grew 2 percent in 2020, coming in at €792.2 million (2019: €780.0 million). The chief reasons for this increase were volume growth and a better product mix. At €4.7 million, EBITDA was down 92 percent (2019: €56.9 million). However, adjusted EBITDA – which excludes the special income of €112.5 million in insurance compensation booked in 2019 for the Charleston incident – increased by €60.3 million. Further improvements in the cost of goods sold were the main positive factor here.

Proposal on Appropriation of Profits

In 2020, Wacker Chemie AG posted a retained profit of €1,198.6 million under German Commercial Code accounting rules. The Executive and Supervisory Boards will propose a dividend of €2.00 per share at the Annual Shareholders’ Meeting. Based on the number of shares entitled to dividends as of December 31, 2020, the cash dividend corresponds to a payout of €99.4 million. Calculated in relation to WACKER’s average share price in 2020, the dividend yield is 2.9 percent.

Economic analysts expect that economic output will start to rise again in all regions of the world in 2021. Downside risks stem predominantly from the coronavirus pandemic, but also from the unresolved trade conflict between the USA and China, and the repercussions of Brexit.

For its chemical business, WACKER sees good opportunities to continue growing its sales this year. WACKER SILICONES and WACKER POLYMERS expect sales to climb by a mid-single-digit percentage. At WACKER BIOSOLUTIONS, sales are likely to grow by a low-double-digit percentage.

For its polysilicon business, WACKER forecasts that the division’s sales will increase by a mid-single-digit percentage in 2021, driven by an improved product mix and slightly higher volumes. Average prices for polysilicon will not decrease. As solar-sector volumes and prices have climbed steeply in recent weeks, sales might even rise by a low-double-digit percentage. The division expects EBITDA to be clearly positive and markedly above last year’s figure. The EBITDA margin should climb significantly.

At the Group level, WACKER expects sales to climb by a mid-single-digit percentage in 2021. EBITDA is likely to be 10 to 20 percent higher than last year. Markedly higher raw-material costs and negative exchange-rate effects will slow EBITDA by more than €100 million. The EBITDA margin should increase slightly. At some €350 million, capital expenditures will rise substantially year over year. They will remain below depreciation and amortization, though, which will be about €400 million and thus on par with last year. WACKER expects the Group’s net income to increase significantly. Net cash flow should be clearly positive, but substantially lower than last year. Net financial debt will decline further, given the positive net cash flow, and WACKER expects net financial assets to be in slightly positive territory as of year-end 2021.