A 'bio-refinery': using the chemistry of willow trees to treat municipal wastewater 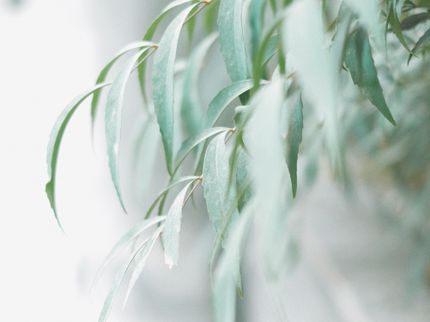 Photo by Thirteen .J on Unsplash

Willows are naturally tolerant of contamination and their roots filter out nitrogen from wastewater, tripling the biomass produced, which can then be harvested to make renewable biofuels (symbolic image).

Every year in Canada, six trillion litres of municipal wastewater are partially treated and released into the environment, while another 150 billion litres of untreated sewage are discharged straight into pristine surface waters.

Now researchers have found a way to stem that flow: by filtering the waste through the roots of willow trees. Experimenting with a plantation in Quebec, the scientists estimate that over 30 million litres of primary wastewater per hectare can be treated using 'bio-refinery' annually.

"We're still learning how these trees can tolerate and treat such high volumes of wastewater, but willows' complex 'phyto'-chemical toolkit is giving us exciting clues," said Eszter Sas, lead author of the study and a PhD student at Université de Montréal.

Willow trees are naturally tolerant of contamination and their roots filter out the high nitrogen in sewage, actually tripling the biomass produced, which can then be harvested for renewable lignocellulosic biofuels, an alternative to fossil fuels.

This biomass can then be collected to make renewable lignocellulosic biofuels. An alternative to fossil fuels, these so-called second-generation biofuels do not directly compete for raw materials in the food chain

In addition to salicylic acid (best known as the main ingredient in aspirin), which willows produce in high quantities, an array of 'green' chemicals were enriched through sewage filtration, which have significant antioxidant, anticancer, anti-inflammatory and anti-microbial properties.

"While most of the induced chemical compounds have not been seen before in willows, some have been observed in salt-tolerant plants such as liquorice and mangroves and are known to be potent antioxidants," said Sas.

"Intriguingly, a number of the induced chemicals are entirely uncharacterised and a mystery. It's amazing how much novel plant chemistry there is still to be discovered, even in willow trees, which have been around for thousands of years," she added.

"It seems likely that we're still only scratching the surface of these trees' natural chemical complexity, which could be harnessed to tackle environmental problems."

Looking at the impact that wastewater treatment by willows would have on annual lignocellulosic biofuel and 'green' chemical yields, Sas' team had expected negative repercussions of irrigating their experimental plantation with sewage.

However, they were surprised when the yields actually went up so high.

"One of the benefits of using natural solutions to address environmental challenges like wastewater treatment is that we can generate complementary bioproducts, such as renewable bioenergy and green chemistry," said Sas's PhD supervisor at UdeM, senior author Frédéric Pitre.

"This concept of a biorefinery seems to be fantastic in allowing new environmental technologies to compete economically with the highly established markets of petroleum-based fossil fuels and chemicals while also helping to reduce ongoing human damage to the ecosystem."