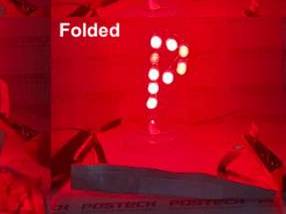 Foldable mobile phones are gaining popularity these days. As the popularity of such intelligent flexible devices and electric vehicles increases, the demand for high-energy, long-life and fast-charging energy storage systems is increasing. The current lithium-ion battery technologies cannot meet this demand, so the focus is progressively shifting toward next-generation batteries. Recently, a research team at POSTECH succeeded in synthesizing a lithium-sulfur battery cathode material in just 30 minutes by using sulfur, which is discarded as a by-product of oil refinery processing.

A research team led by Professor Moon Jeong Park and Ph.D. candidate Haneol Kang of POSTECH’s Department of Chemistry has developed an innovative lithium-sulfur (Li-S) battery that provides high energy density, fast charging, and mechanical flexibility. This is the first synthesis of sulfur-rich hierarchically ordered copolymers via an inverse vulcanization with a fast reaction time of less than 30 minutes without using surfactants or steric stabilizers.

Unlike currently used highly toxic transition metal-based cathode materials, sulfur is attracting attention thanks to its low cost, natural abundance, and low toxicity. In particular, the Li-S battery has a high theoretical energy density (2,600Wh kg-1) and high capacity (1672mAh g-1), showing its potential as the next-generation battery. However, sulfur has fundamentally low electrical conductivity, which hampers the complete utilization of the active materials, thus slowing the charge/discharge cycles. It also has a disadvantage of high solubility in electrolytes, which reduces the lifespan of the battery.

To overcome these limitations, the research team did not use the melt-diffusion process – unlike the conventional sulfur electrode – but conducted copolymerization using the inverse vulcanization of sulfur and vinylphosphonic acid (VPA) to synthesize sulfur-based polymer particles in just 30 minutes. The resultant sulfur particles are composed of phase-separated α-sulfur and sulfur-VPA network (SVPA) based on low-density sulfur allotropes.

The key to forming uniformly sized hierarchically ordered particles in a short time is the autocatalytic reaction between sulfur radicals and VPA. Long sulfur chains to which VPA is attached are formed at the beginning of the reaction to stabilize the spherical shape of SVPA without a surfactant. Interestingly, it was demonstrated that wrinkles and pores like human skin are spontaneously formed on the surface of SVPA particles, which facilitates electrolyte penetration into the cathode and at the same time relieves the mechanical stress applied to the surface of the electrode.

Through this, the researchers verified that it was possible to introduce a porous structure into the active material itself based on a simple synthesis method to facilitate the penetration of the electrolyte, and to improve the mechanical integrity of the electrode by embedding sulfur allotropes into SVPA frameworks with low volume expansion. In addition, the researchers effectively prevented the elution of lithium polysulfide through the phosphonic acid functional groups abundantly present on the surface of the active material, thereby achieving excellent lithium-sulfur battery characteristics. The active material itself has excellent elasticity and the advantage of being a crosslinked polymer, demonstrating its potential as a flexible electrode.

“In this study, a flexible lithium-sulfur battery was developed by synthesizing an inverse vulcanized polymer with abundant phosphonic acid groups in a low-cost and eco-friendly way,” explained Professor Moon Jeong Park who led the study. “The findings are significant in that it has chemically trapped lithium polysulfides, resolving the elution issue that has hampered commercialization, and has increased the potential use in wearable device batteries by adding flexible characteristics to the sulfur cathode, which has been difficult to implement so far.”