University of Houston researcher pushes limit of when water will freeze

Gets a good look at tiny freezing water droplets 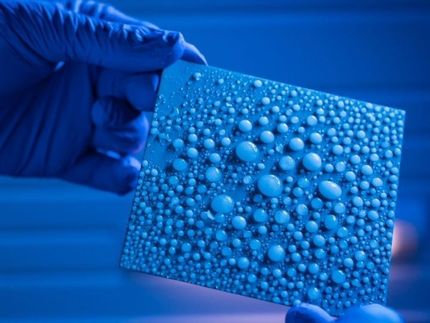 The freezing point of tiny water droplets plays a critical role in the survival of animals in cold environments as a frozen water droplet inside a cell leads to the rupture of the cell and death.

Though it is one of the great mysteries of science, the transformation of water into ice often escapes people's minds as it is just assumed that’s what happens. But how and why it happens is the subject of intense scrutiny by ice scientists like Hadi Ghasemi, Cullen Associate Professor of Mechanical Engineering at the University of Houston. In order to watch the process of crystallization of water into ice at the molecular level, Ghasemi is reporting the best look yet at the process: water-ice phase transformation down to 2 nm (nanometers) in diameter.

Then when Ghasemi examined these tiny particles, he made another discovery. He could break the limit of when water freezes and maintain the tiny droplets as liquid by putting them in contact with soft interfaces, like gels or lipids.

The process of freezing such a tiny water droplet plays a critical role in the survival of animals in cold environments as a frozen water droplet inside a cell leads to the rupture of the cell and death. The process also plays a key role in climate prediction, cloud conditions, cryopreservation of organs and technologies exposed to icing conditions such as aircraft and wind turbines.

“Experimental probing of freezing temperature of few nanometer water droplets has been an unresolved challenge. Here, through newly developed metrologies, we have been able to probe freezing of water droplets from micron scale down to 2 nm scale,” said Ghasemi.

Previously Ghasemi created an ice-repelling material for aerospace applications using a new concept called stress localization. His current findings contribute to a greater understanding of natural phenomena and provide guidelines for further design of anti-icing systems for aviation, wind energy and infrastructures and even cryopreservation systems.