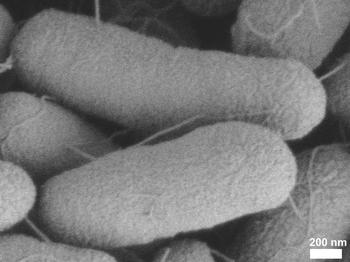 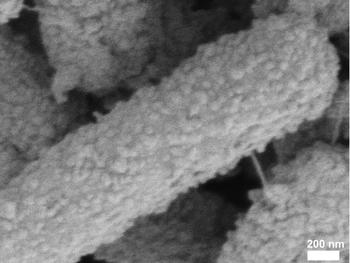 Every day, chemical factories produce a wide range of products that will be extremely difficult to do without in a modern society; everything from medicines like insulin and antibiotics to fertilizers.

The basis of such products often consists of bacteria, which can produce chemicals and drugs in an efficient way while generating no toxic side products, thus appealing for the environment and sustainability.

One major challenge for these hardworking bacteria is that may need to be exposed to different stressors in order to produce the desired product: some bacteria need exposure to high heat, others to high pH values and still others to organic solvents. Even though industrial bacteria are tough, this often leads to their death and eventually low efficiency.

Changzhu Wu, head of research at the Department of Chemistry, Physics and Pharmacy, University of Southern Denmark, and his research team work on developing more sustainable chemical processes, and they now present a new technique that makes bacteria cells more robust and efficient for various chemicals synthesis under harsh application conditions.

The team describes their new method, which is based on the model bacterium E. coli in the scientific journal Nature Communications.

Most people probably think of E. coli as a bacterium that can contaminate drinking water and cause disease, but most bacteria of this species occur naturally in our intestines and are harmless.

E. coli is widely used to produce many important types of medicines and chemicals in the industry because it grows fast and is both easy and safe to work with.

- But as with other bacteria in the industry, you lose a lot of them along the way. They simply die from the harsh conditions offered to them in the process, and that reduces efficiency, Changzhu Wu explains.

His idea is therefore to put the E. coli bacteria in a kind of protective suit so that they become more resistant.

The new protective suit consists of nanoparticles of dopamine (which in chemist circles are known to protect against external stressors such as light), and the recipe is simple: E. coli bacteria, dopamine and liquid is mixed, and immediately afterwards the dopamine attaches itself to the surface of the bacteria's cells in the form of nanoparticles.

- With the protective suit on, the bacterium is protected against UV radiation, heating and several organic solvents, the researchers write in their scientific article.

The researchers also tested the bacteria's response to drastic phase shifts (e.g., being in a gas phase that changes to liquid, from liquid to solid, etc.). Here, 90 % of the unprotected bacterial cells died, while 80 % of the protected cells survived.

- With such high survival rates, one can expand the production of chemical substances in E. coli bacteria, which is good for the environment and sustainability, concludes Changzhu Wu.