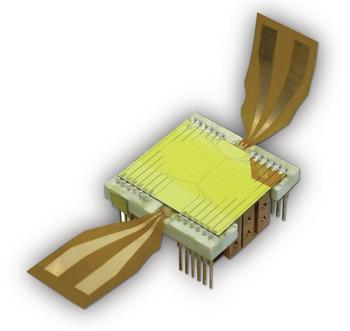 A theoretical trick allows scientists to describe quantum states of thousands of atoms. If standard methods were used, all storage capacity in the world would not be enough to do this.

For a long time, quantum experiments were only carried out with a small number of particles. Even the behaviour of single atoms or molecules can be very hard to describe. Today, it has become possible to control several thousand atoms in an experiment, but for theoretical calculations this entails serious problems. The quantum state of such a large system is so complicated that all matter on earth would not be enough to store it in a classical way.

In the journal “Nature Communications”, scientists from the TU Wien (Vienna) and the Free University of Berlin now present a quantum tomography method, which makes it possible to measure and describe the state of a large quantum system very precisely with just a few measurements. The basic idea behind this new technique is simple: even though the system can be in one of unimaginably many quantum states, it is a very good approximation to ignore most of them.

Many Particles, Many States

The result of a coin toss is either heads or tails. The behaviour of quantum particles, however, is much more complicated. When a quantum system can be in two different states, any mixture of these states is also a physically allowed state. Therefore it is much more complicated to describe the state of a quantum particle than it is to describe the state of a coin lying on the table.

“The larger the number of particles, the more complicated the description of the systems becomes”, says Professor Jörg Schmiedmayer from the Vienna Center for Quantum Science and Technology (VCQ) at TU Wien. “The storage capacity required to describe a quantum state grows exponentially with the number of particles. For a system of several hundred quantum particles, there are more possible quantum states than there are atoms in the universe. It is absolutely impossible to write down such a state or to do calculations with it.”

But exactly knowing the quantum state is not always necessary. The new theoretical method, developed in Berlin by Professor Jens Eisert’s research group, uses a special kind of description for the quantum states – the so called “continuous matrix product states” (cMPS). This special class of states only represents a vanishingly small fraction of all possible states, but from a physical point of view they are particularly important. “This class contains states with realistic quantum entanglement”, says Jens Eisert. “Exotic, complicated entanglement patterns between many quantum particles may in principle be possible, but in practice they do not show up in physical systems. That is why we can limit ourselves to the cMPS in our calculations.”

For any possible quantum state, there is a cMPS arbitrarily close to the true quantum state. No matter which state is really occupied by the system – the error that occurs by only taking into account the cMPS can be made arbitrarily small. “It is like fractions in mathematics”, says Eisert. “The rational numbers, which can be written as fractions, only represent a tiny part of all real numbers. But for any real number, a fractional number can be found which comes arbitrarily close.” The number pi is not a fractional number – but the approximation for pi used by a pocket calculator is. For all practical purposes, this is good enough.

By restricting oneself to the cMPS, it becomes possible to read out the state of a large quantum system in an experiment. “We cannot gain complete knowledge about the system from a finite number of measurements, but that is also not what we need”, says Tim Langen, who led the experiments in Schmiedmayer’s research group. “With our new method, we can reconstruct the quantum state from only a few measurements. The precision is so high that we can use this approximate state to predict the result of further measurements.” This technique is called “quantum tomography” – much like computer tomography in a hospital, where several pictures are used to calculate a 3D model,  quantum tomography uses several measurements to calculate a picture of the quantum state.

The new method does not only open up new possibilities for many-body quantum physics. It could also path the way to new quantum simulators – quantum systems, which are prepared in such a way that they can be used to simulate other quantum systems that cannot be controlled by standard methods. “When two different quantum systems can be described with the same basic formulas, then we can learn a lot about one system by studying the other”, says Schmiedmayer. “We can control thousands of atoms on our quantum chip, this system is thus very well suited for future quantum simulations.”