It's Not an Illusion 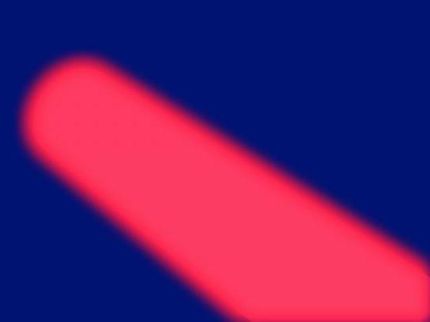 Animated GIF of red laser impinging onto the appearing cluster, inducing a glow and the emission of a white-light laser. This material relates to a paper that appeared in the June 10, 2016, issue of Science, published by AAAS. The paper, by N.W. Rosemann at Philipps-Universität Marburg in Marburg, Germany, and colleagues was titled, "A highly efficient directional molecular white-light emitter driven by a continuous-wave laser diode."

Researchers have developed a compound that can transform near-infrared light into broadband white-light, offering a cheap, efficient means to produce visible light. The emitted light is also exceedingly directional, a desirable quality for devices like microscopes that require high spatial resolution, or for applications with high throughput, such as projection systems.

Nils Wilhelm Rosemann and colleagues designed their compound of tin and sulfur, and with a diamondoid-like structure, then coating this scaffolding with organic ligands. When a laser directs near-infrared light into the compound, the structure of the compound alters the wavelength of the light through a non-linear interaction process, producing light at wavelengths that are visible to the human eye.

The authors note that the warm, white-colored light that's emitted is very similar to a standard tungsten-halogen light source (2856 Kelvin), and can be adjusted based on levels of excitation via the laser. This development could open up new routes for advanced directed illumination technologies, especially since the materials used in this system are cheap, readily available, and easily scalable.