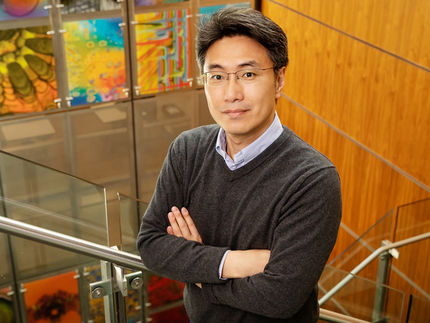 Professor of food science and human nutrition Yong-Su Jin led a team that developed a methodology for efficiently converting the hemicellulose in switchgrass into high-value bioproducts using an engineered yeast and the acetate and xylose from the plants’ cell walls.

A team of scientists at the University of Illinois Urbana-Champaign developed a bioprocess using engineered yeast that completely and efficiently converted plant matter consisting of acetate and xylose into high-value bioproducts.

Lignocellulose, the woody material that gives plant cells their structure, is the most abundant raw material on Earth and has long been viewed as a source of renewable energy. It contains primarily acetate and the sugars glucose and xylose, all of which are released during decomposition.

In a paper published in Nature Communications, the team described its work, which offers a viable method for overcoming one of the major hurdles impeding the commercialization of lignocellulosic biofuels – the toxicity of acetate to fermenting microbes such as yeast.

“This is the first approach to demonstrate the efficient and complete utilization of xylose and acetate for the production of biofuel,” said food science and human nutrition professor Yong-Su Jin. An affiliate of the Carl R. Woese Institute for Genomic Biology, Jin led the research with then-graduate student Liang Sun, the first author of the paper.

Their methodology fully utilized the xylose and acetate from the cell walls of switchgrass, transforming the acetate from an unwanted byproduct into a valuable substrate that boosted the yeast’s efficiency at converting the sugars in the hydrosolates.

“We figured out that we can use what’s been considered a toxic, useless substance as a supplementary carbon source with xylose to economically produce fine chemicals” such as triacetic acid lactone, or TAL, and vitamin A, which are derived from the same precursor molecule, acetyl coenzyme A, Jin said.

TAL is a versatile platform chemical currently obtained by refining petroleum and is used to produce plastics and food ingredients, said Sun, currently a postdoctoral student at the University of Wisconsin, Madison.

In earlier work, co-author Soo Rin Kim, then a fellow of the Energy Biosciences Institute, engineered a strain of the yeast Saccharomyces cerevisiae to consume xylose rapidly and efficiently. Kim is currently a faculty member at Kyungpook National University, South Korea.

In the current study, they used switchgrass harvested at the U. of I. Energy Farm to create hemicellulose hydrolysates. The engineered yeast cells were used to ferment the glucose, xylose and acetate in the hydrosalates.

When glucose and acetate were provided together, S. cerevisiae rapidly converted the glucose into ethanol, decreasing the pH level of the cell culture. However, acetate consumption was strongly inhibited, causing the culture to become toxic to the yeast cells under low pH conditions.

When xylose was provided with acetate, “these two carbon sources formed synergies that promoted efficient metabolism of both compounds,” Sun said. “Xylose supported cell growth and supplied sufficient energy for acetate assimilation. Therefore, the yeast could metabolize acetate as a substrate very efficiently to produce a lot of TAL.”

At the same time, the pH level of the media increased as the acetate was metabolized, which in turn promoted the yeast’s consumption of the xylose, Sun said.

When they analyzed S. cerevisiae’s gene expression by RNA sequencing, they found that key genes involved in acetate uptake and metabolism were dramatically upregulated by xylose compared with glucose, Sun said.

Yeast cells that were fed both acetate and xylose accumulated greater biomass, along with 48% and 45% increases in their levels of lipids and ergosterol, respectively. Ergosterol is a fungal hormone that plays an important role in stress adaptation during fermentation.

Co-utilization of acetate and xylose also increased the yeast’s supply of acetyl-CoA, a precursor molecule of ergosterol and lipids, and provided a metabolic shortcut – converting the acetate to acetyl-CoA, bringing TAL production a step closer, Sun said.

“By co-utilizing xylose and acetate as carbon sources, we were able to improve TAL production dramatically – 14 times greater production than previously reported using engineered S. cerevisiae,” Sun said. “We employed this strategy for the production of vitamin A as well, demonstrating its potential for overproducing other high-value bioproducts derived from acetyl-CoA, such as steroids and flavonoids.”

Because the process thoroughly used the carbon sources in the lignocellulosic biomass, Jin and Sun said it can be seamlessly integrated into cellulosic biorefineries.

“It’s about the sustainability of our society,” Sun said. “We need to fully utilize these untapped resources to build a sustainable future. We hope that in 50 or 100 years, we will depend mainly on these renewable and abundant feedstocks to produce the energy and the materials we need for our daily life. That’s our goal. But for now, we are just doing small things to make sure this is gradually happening.”