Researchers want to develop new bioplastic for use in optical technologies 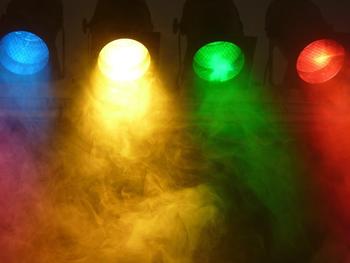 Scientists at the University of Paderborn, Hamm-Lippstadt University of Applied Sciences and the Aachen-Maastricht Institute for Biobased Materials (AMIBM) are researching new environmentally friendly plastic products based on lactic acid. The aim is to develop sustainable materials for optical applications such as headlights, lenses, reflectors or light guides. Until now, these products have been manufactured from petroleum-based plastics such as polycarbonate or polymethyl methacrylate and thus represent a burden on nature and the environment. The project is funded by the Federal Ministry of Food and Agriculture (BMEL) with a total of about 885,000 euros and is part of the funding programme "Renewable Resources". The coordinator is the AMIBM. The project was initiated by Hamm-Lippstadt University of Applied Sciences, where the predecessor project "Polylactide as a high-tech material for optical components of a luminaire - RenewOpt" was recently successfully completed.

Despite all efforts, the unrestrained production of petroleum-based plastic products is still the standard. Calls for alternatives based on renewable raw materials are not only growing louder in science and politics, but are also being heard from society. "Currently, the focus is on applications with rather low demands on the materials and on markets with high sales figures. There have been small advances in the field of optical materials. For example, in the form of so-called modified polycarbonates, whereby specifically isosorbide - a renewable raw material - is incorporated into the plastic as a second monomer component. These materials are used in displays and optical films - but so far only very rarely," says Prof. Dr. Klaus Huber from the Department of Chemistry at the University of Paderborn, who is leading the project on the university side. Prof. Dr. Gunnar Seide from Maastricht University explains: "Unfortunately, sustainability is not yet a purchasing argument for consumers. It is of course expected, but not paid for. Therefore, we need sustainable high-performance polymers whose technical properties are paid for. This is where we come in with the PLANOM project."

The scientists' goal is to use a specific raw material from the family of bioplastics as an optical material in lights and headlights. Polylactide has emerged as a suitable candidate. "Polylactide, or polylactic acid, is obtained from renewable raw materials and is produced during the fermentation of carbohydrates via what is known as lactic acid fermentation. We know this from sauerkraut, for example. With our approach, we are addressing several problem areas of conventional polymer materials. The step towards short-term renewable resources helps to establish a material economy that is independent of crude oil. At the same time, significantly lower CO2 emissions are achieved, thus contributing to the goals of the Paris Agreement. A third aspect concerns the consideration of the entire material life cycle. This primarily involves the avoidance of microplastics due to recycling concepts and the assessment of biodegradability. As an exclusively bio-based polymer, polylactide is completely degradable under certain conditions. High residence times in nature are thus excluded. These are major incentives for industry to switch to such alternative materials, in addition to the application-specific properties required." However, polylactide offers advantages not only in terms of sustainability: "It also has very good optical properties for use in the visible range of the electromagnetic spectrum. At the same time, there are large production capacities for polylactide. This makes it relatively competitive in terms of price compared to conventional polymers," says Huber.

Initially, research is being conducted into its use in conjunction with LEDs, which are known as an efficient and environmentally friendly light source. Huber explains, "In particular, the enormously long service life and the emitted radiation at the short-wave end of the visible spectrum, i.e. the high blue component of LED light, place the highest demands on optical materials." Therefore, extremely durable materials must be used. The problem is that polylactide already softens at around 60 degrees Celsius. LED-based luminaires, however, can reach temperatures of up to 80 degrees during operation. Another challenge is the crystallization behavior. From about 60 degrees, crystallites form that cloud the material. Scientists are working on either completely avoiding their formation or replacing the process with controlled crystallization. In this process, only crystallites with dimensions that do not interfere with light are formed. "The project should make it possible to bring polylactide into demanding technical lighting applications for the first time. Very specifically, the aim is to use it as a lens material in a bicycle headlight. To this end, we are working closely with the company Busch und Müller in Meinerzhagen, but other lighting technology companies such as HELLA from Lippstadt are also interested in our progress and see an increasing need for the use of sustainable solutions in their products. In Lippstadt, we are using specially developed equipment to investigate the resistance of the polylactides developed in the project to short-wave visible radiation," says Prof. Dr. Jörg Meyer from Hamm-Lippstadt University of Applied Sciences.

At the Paderborn site, the focus is on determining the molecular nature of the polylactides to be used with a view to their subsequent use as materials. In particular, the scientists are investigating the melting and crystallisation behaviour of the materials developed. Huber is investigating the extent to which additives or irradiation of the samples improve the behaviour with regard to the desired optical properties. "The work will be carried out using a small-angle light scattering system built specifically for this purpose and will allow the investigation of crystal growth or the melting process of crystals, i.e. precisely the processes that play a very important role in determining the optical functionalities," says Huber.

In addition to scientific and technical findings, the project is expected to generate significant economic impetus. A sustainable optical bioplastic with competitive properties will improve the competitive situation for lighting manufacturers and automotive suppliers. The project will also train young scientists for industry and research institutions. The team expects initial results at the end of 2022.