“It is well known that the decomposition of methane may bring to diamond formation. What was less known until now is that the opposite process is also possible” 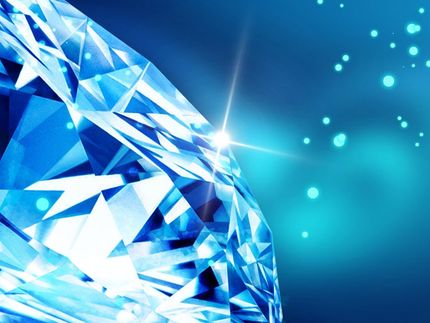 Turning one of the world's finest gems - diamonds – into one of the worst greenhouse gases – methane - does not seem a great idea. Yet this happened through the work of a group of researchers from the Universities of Bologna and Edinburgh (UK), the Centre National de la Recherche Scientifique (France) and HPSTAR (China). This outcome published in Nature Communications was not a clumsy lab mistake. In fact, this study might provide more insight on the deep carbon cycle and the formation of hydrocarbons through abiotic processes (i.e. unrelated to biological activities) in the deep Earth.

The deep earth's carbon cycle accounts for about 90% of the whole carbon cycle. Despite this, to date the cycle happening beneath the earth's surface is little known. This phenomenon is crucial to life on our planet as it allows carbon in the deep Earth to get back to the atmosphere.

“It is well known that the decomposition of methane may bring to diamond formation. What was less known until now is that the opposite process is also possible. Methane produced through the reaction between diamonds and hydrogen was the missing piece to a wider understanding of the deep carbon cycle”, explains Alberto Vitale Brovarone who is a professor a the Department of Biological, Geological and Environmental study at the University of Bologna and also one of the authors of the study.

The deep carbon cycle also includes the formation of hydrocarbons such as methane as the result of processes that do not involve biological activities. This theory has been under discussion for over a century. Wanting to test this theory, researchers started from diamonds that are essentially gems in the Earth’s mantle composed of solid carbon atoms in a crystal structure.

Scholars used a “diamond anvil cell” which is a high-pressure experimental apparatus used to press two diamond culets against each other and replicate the pressure conditions of the earth’s upper mantle, over 70 km deep. Then, by pushing one atmosphere of pure hydrogen at 300 °C, researchers observed methane rapidly forming with its molecules composed of one atom of carbon and four of hydrogen (CH4).

“We created an environment comparable to that of the outer layer of earth's mantle in terms of temperature and pressure and observed that diamond and hydrogen reacted readily by producing methane within a few seconds”, states Vitale Bovarone. “This shows that hydrocarbons such as methane can form at abiotic depths. This phenomenon may play a key role in the deep Earth's carbon cycle”.

Researchers replicated this experiment by adding graphite, which is composed of pure carbon too, and a glass-like carbon material. In both cases, they observed methane forming more rapidly and more copiously in comparison to when they used only diamonds. These results suggest that carbon-based graphitic materials may be very efficient reagents and can therefore act as sources of energy feeding methane reserves in the the earth’s upper mantle.