Researchers optimize the production of benzimidazoles, organic compounds widely used in the pharmaceutical and agrochemical industries 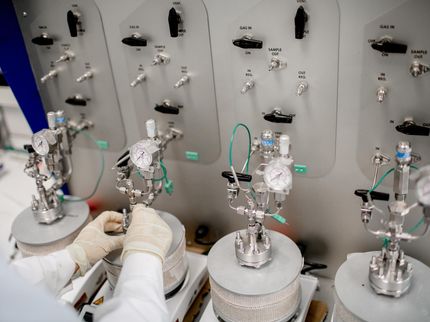 A research group at the Institute of Chemical Technology (ITQ), a joint center of the Spanish National Research Council (CSIC) and the Polytechnic University of Valencia (UPV), has developed a process to obtain benzimidazoles, organic compounds widely used in the fine chemicals industry, in a more sustainable way. This is the first time that these compounds are obtained from dinitroarenes by a catalytic route in the presence of molecular hydrogen, which is a more sustainable synthetic strategy from the environmental point of view. In this way, more than 40 compounds have been obtained, including two with biological activity that are widely used in the pharmaceutical and agrochemical industries.

These compounds are Diabazole, a spasmolytic, vasodilator and hypotensive drug with cardiovascular benefits; and Fuberidazole, a chemical compound used in fungicides. They have been obtained from sequential 'tandem' reactions, which allow benzimidazoles to be obtained in a much more compact and efficient way, generating a lower amount of by-products and with lower energy consumption. The new process has been published in the open access journal JACS Au.

To synthesize benzimidazoles, the ITQ team led by CSIC research professor Avelino Corma used a derivative of molybdenum disulfide, a mineral composed of sulfur and molybdenum, as a catalyst, i.e., as a substance to modify the rate of the chemical reaction and make it happen.

To prepare the catalyst they employed an innovative strategy: unlike the mineral, in which its arrangement in stacked sheets means that the chemical reactions occur mainly in the accessible areas with structural defects, i.e., at the edges, the ITQ team used molecular entities with a defined structure whose assembly resulted in a material with a large number of active centers distributed throughout its structure, i.e., places where the catalytic reaction takes place.

"This material has been applied as a heterogeneous catalyst for the design of a new catalytic process focused on the synthesis of benzimidazoles, and it has been demonstrated that it presents a catalytic activity infinitely higher than the molybdenum disulfide catalysts distributed commercially", describes Iván Sorribes, researcher of the Gen-T Plan of the Generalitat Valenciana at the ITQ who leads this work. He also points out that "this is the first catalytic process designed to prepare benzimidazoles by reductive coupling between dinitroarenes and aldehydes in the presence of molecular hydrogen".

The preparation of benzimidazoles is carried out from compounds that can be obtained by reduction of dinitroarene compounds. Their use as starting reagents reduces the number of synthetic steps and, in combination with the use of molecular hydrogen (considered the most benevolent reducing agent), minimizes the cost and environmental impact of the process. This methodology had not been applied before due to the lack of catalysts to carry out this transformation efficiently.

Benzimidazoles are organic products with high added value in the fine chemicals industry, where limited quantities of products with higher prices are produced. Thus, after proper optimization of the new reaction conditions, the ITQ group has achieved the synthesis of more than 40 benzimidazoles of different nature. "Compared to the synthetic processes published to date, the catalytic route used in this work represents a much more environmentally sustainable synthetic strategy," explains Sorribes.

For the researcher from Castellón, this work represents a key advance in the intensification of processes for the synthesis of high value-added organic compounds such as benzimidazoles. In addition, the innovative synthetic strategy used for the preparation of the catalyst is a real breakthrough in obtaining new catalysts based on molybdenum sulfide with improved activity. "The results obtained in this work will contribute to implement more selective, energy efficient and environmentally friendly processes in the industry, which reduce the use of toxic reagents and promote a better utilization of raw materials. In other words, to a more sustainable future in the production of fine chemicals", he concludes.