Black phosphorus surges ahead of graphene 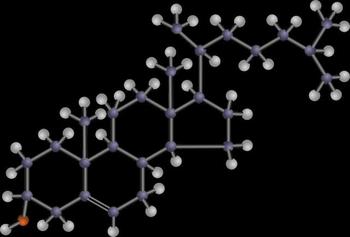 A Korean team of scientists tune Black Phosphorous' band gap to form a superior conductor, allowing for the application to be mass produced for electronic and optoelectronics devices

The research team operating out of Pohang University of Science and Technology (POSTECH), affiliated with the Institute for Basic Science's (IBS) Center for Artificial Low Dimensional Electronic Systems (CALDES), reported a tunable band gap in BP, effectively modifying the semiconducting material into a unique state of matter with anisotropic dispersion. This research outcome potentially allows for great flexibility in the design and optimization of electronic and optoelectronic devices like solar panels and telecommunication lasers.

Birth of a Revolution

Black phosphorus is the stable form of white phosphorus and gets its name from its distinctive color. Like graphene, BP is a semiconductor and also cheap to mass produce. The one big difference between the two is BP's natural band gap, allowing the material to switch its electrical current on and off. The research team tested on few layers of BP called phosphorene which is an allotrope of phosphorus.

Keun Su Kim, a professor at POSTECH speaks in detailabout the experiment, "We transferred electrons from the dopant - potassium - to the surface of the black phosphorus, which confined the electrons and allowed us to manipulate this state. Potassium produces a strong electrical field which is what we required to tune the size of the band gap."

This process of transferring electrons is inducing a giant Stark effect, which tuned the band gap allowing the valence and conductive bands to move closer together, effectively lowering the band gap and drastically altering it to a value between 0.0 ~ 0.6 electron Volt (eV) from its original intrinsic value of 0.35 eV. Professor Kim explained, "Graphene is a Dirac semimetal. It's more efficient in its natural state than black phosphorus but it's difficult to open its band gap; therefore we tuned BP's band gap to resemble the natural state of graphene, a unique state of matter that is different from conventional semiconductors."